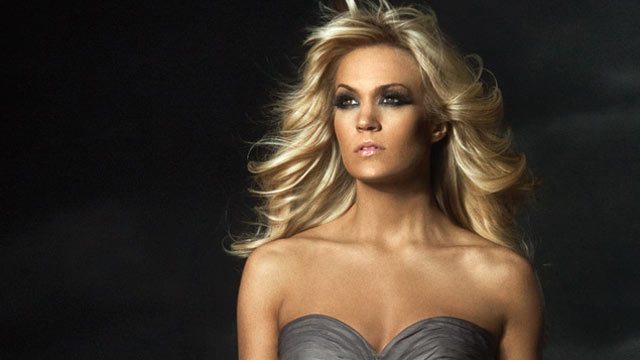 Superstar Carrie Underwood announced this morning during her appearance on Good Morning America to promote her new album, Blown Away, in stores today, that she will launch a headline North American arena tour this fall, “The Blown Away Tour.” The tour will also include an international run of shows this summer sponsored by Olay, including her first-ever United Kingdom concert taking place at the prestigious Royal Albert Hall in London on June 21, which sold-out in 90 minutes.  Additional international concert dates will be announced soon.

The North American tour dates will be presented and hydrated by vitaminwater®, sponsored by Olay, and promoted by AEG Live. Special guest Hunter Hayes will open. Tickets will be available for “The Blown Away Tour” beginning Friday, May 11. Please go to www.carrieunderwood.fm for additional on sale information.

“I can’t wait to get back out on the road and perform new music from my new album for my fans,” says Carrie.  “We have a lot of exciting things planned!”

Carrie is donating $1 from each ticket sold on the North American leg of “The Blown Away Tour” to support Red Cross disaster relief.  Every year, the American Red Cross prepares for and responds to nearly 70,000 disasters across the United States.  This donation will help the Red Cross provide shelter, food, and emotional support for those in need after a disaster.  Proceeds from her Canadian concerts will be donated to the Canadian Red Cross.

Please visit www.carrieunderwood.fm for up to date information on “The Blown Away Tour.”

Full schedule of 2012 shows listed below including “The Blown Away Tour” dates and additional festival* shows.