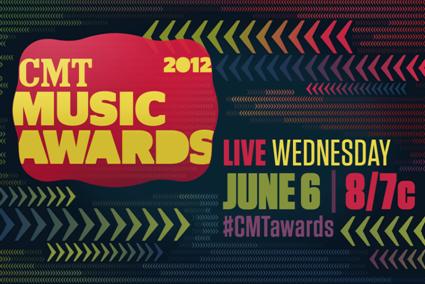 The star power on the 2012 CMT MUSIC AWARDS stage is getting hotter with the addition of Luke Bryan, Eric Church, Toby Keith, Willie Nelson, Pistol Annies, Rascal Flatts, The Band Perry and Hank Williams, Jr. as performers on this year’s show.  The 2012 CMT MUSIC AWARDS will air live on Wednesday, June 6 at 8:00 p.m., ET/PT on CMT and CMT.com.

Toby Keith, who was previously announced as host of this year’s show with actress Kristen Bell, will return to the stage as the only artist to have performed at every CMT MUSIC AWARDS since its 2002 launch.  Also added to the lineup this year are Eric Church and Pistol Annies, both first-time mainstage performers; GROUP VIDEO OF THE YEAR nominees and fan favorites Rascal Flatts and The Band Perry; and country legends Willie Nelson and Hank Williams, Jr.

Additionally, Luke Bryan is slated to perform on this year’s show and will also host the 2012 CMT MUSIC AWARDS VIDEO OF THE YEAR SPECIAL premiering Saturday, June 2 at 2:00 p.m., ET/PT.  Bryan will present the nominees for the coveted VIDEO OF THE YEAR category in the one-hour special.

Previously announced performers include Kenny Chesney, Lady Antebellum, Little Big Town, Brad Paisley, Carrie Underwood and Zac Brown Band.   Fans can vote online at CMT.com, and on their mobile device at CMT Mobile or the CMT Insider app available on iPhone, iPad and Android now through June 4 to determine the winners.  The five finalists for VIDEO OF THE YEAR will be announced at the beginning of the live show and fans can then vote at CMT.com, CMT mobile, on the CMT Insider app and via text message throughout the live telecast (ET/CT only) to determine the night’s big winner.