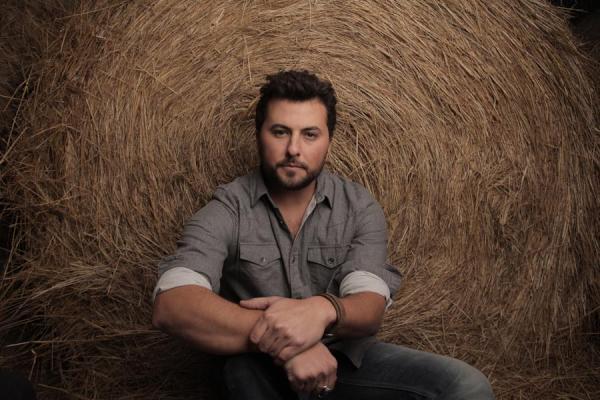 When BNA Records newcomer Tyler Farr takes the stage of The Grand Ole Opry on Saturday night, he will be stepping into the circle where some of his biggest influences have stood, including one of his biggest hero’s George Jones.

“One of the most influential experiences in my life was the first time I went to the Opry,” said Tyler.  “What made it so special was that I was backstage with my stepfather standing next to George Jones.  As he sang ‘He stopped loving her today’, my arms filled with goosebumps. It was then that I knew The Grand Ole Opry was the heart and soul of country music.” Tyler will perform his debut single, “Hot Mess” on the Opry stage.

“My Mom married George Jones’ lead guitar player when I was about 16,” said Tyler. “I started going on the road with them and I got to hang out with my stepdad at sound check. During the show I remember standing on the side of the stage and watching him sing and that was the musical spark for me.”

Tyler sang his way through high school and went to college at Missouri State on a vocal performance scholarship. After two years in college, he packed up his car and headed to Nashville. He got a job at  Tootsie’s Orchid Lounge playing the 10 pm – 2 am shift. “It probably took 5 years off of my life,” he laughed, “But doing that was the best thing for me. It taught me the art of entertaining and hosting a party.”

From there, Tyler took the party on the road playing clubs all across the southeast. He’s opened shows for artists including Miranda Lambert, Jerrod Niemann and spent a year on the road with Colt Ford. “We’ve put a lot of miles on the van and we probably qualify for a U-Haul endorsement.”

The hundreds of shows and thousands of miles on the road have added up to a loyal fan base for Tyler. “What’s great now is I’m finally getting to the point where people are starting to catch on and know my songs and that is the best feeling in the entire world when you get someone. ‘Hot Mess’ is such a fun song and it’s going over so well in the show and when I see someone singing along, then I’m happy. When a fan comes up to me after a show to say they had a good time, then I’ve done my job.”

Fans can listen to Tyler’s single “Hot Mess” HERE, and also Tweet & enter for a chance to win a Mossy Oak camouflage guitar autographed by Tyler.