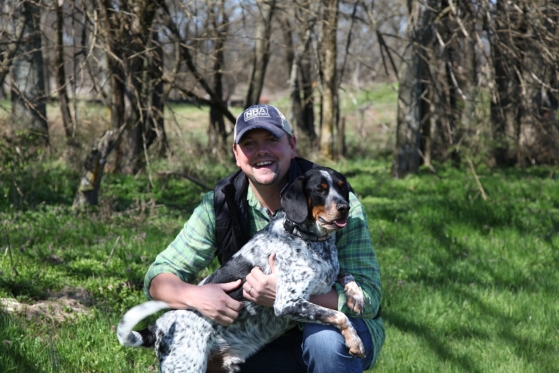 Nationally recognized TV and satellite radio personality Storme Warren has been selected as the NRA Country Artist of the Month for April.  He started the month off by serving as emcee for the 2nd Annual NRA Country/ACM Celebrity Shoot held last weekend in Las Vegas. Storme joins some of country music’s biggest stars including Craig Morgan, Justin Moore, Lee Brice, Montgomery Gentry, Sunny Sweeney and Trace Adkins who have teamed up with NRA Country to celebrate their support of our brave men and women in uniform, appreciation for the great outdoors, and love of family. Storme’s love of the great outdoors makes him a natural fit with NRA Country Artist of the Month promotion.

“There is nothing better than soaking up the great outdoors. I spend most of my free time either by a river with my fly rod or hiking the trails with my kids and mutts,” says Warren.

As part of the April promotion, fans can register to win an autographed Headline Country shirt. Click HERE from now through the end of April to register to win.

Storme Warren is a co-executive producer and host of the television network Great American Country”s (GAC) entertainment news show “Headline Country”, host of “The Music Row Happy Hour” on Sirius XM’s “The Highway,” and a regular personality on GAC. During the summer months, Storme can be found emceeing music festivals from coast to coast and around the globe. In addition to his unremitting love of music, Warren is an avid outdoorsman and adventure-seeker. He is a certified scuba diver, an Eagle Scout, a habitual fly-fisherman and amateur meteorologist.