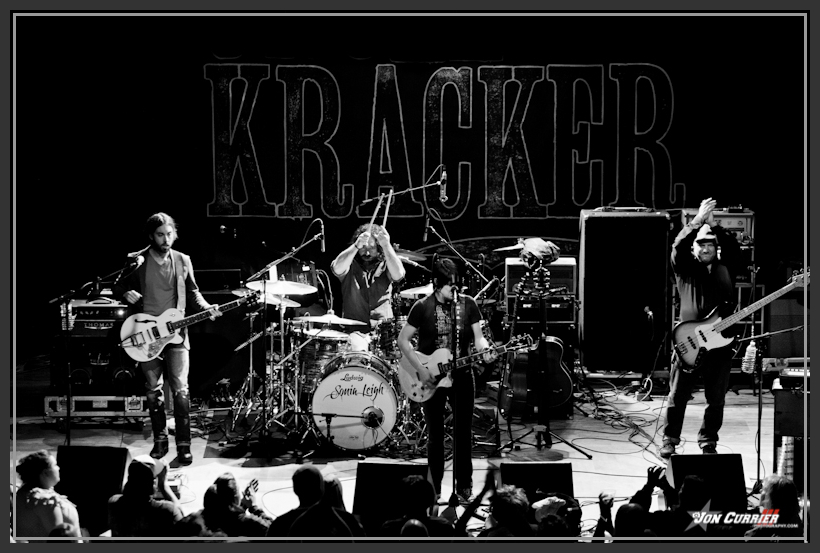 Sonia Leigh has been on the go since the release of her debut album 1978 December in September.  She has toured with Zac Brown Band, Eric Church and is now on Uncle Kracker’s Hometown Tour.  Sonia has just released her second single “Bar” to country radio which serves as a great follow up to her debut single “My Name Is Money”.

We got the chance to catch Sonia on the west coast run of the Hometown Tour. Sonia serves as a strong opener, getting the audience ready for Uncle Kracker. Opening her set with “Ain’t Dead Yet”, Leigh immediately engaged with the audience in front of her and it was well reciprocated.  Sonia’s affection for her songs & music was more than evident with her performance as each and every song was performed with energy & passion. Fans sang along with “My Name Is Money” and were ready to meet her at the “Bar” to celebrate her new single now at country radio. Instead of meeting at the bar, Sonia did meet her fans out at the merchandise booth after her set. In addition to “Bar” and “My Name Is Money” Sonia Leigh treated fans to several songs off her debut album 1978 December including “Roaming”, “If You Won’t Tell” and “Virginia”.  Sonia also surprised fans with a couple of songs that have not yet been recorded, including a track called “Carrie” which was co-written with Zac Brown.  Another standout moment in her setlist is her performance of “I Just Might” which she performed with country newcomer Ty Stone. The blend of their voices fit perfect together and is a nice addition to her set.  It is without a doubt that Sonia’s fanbase is growing with each and every concert, and it is clear that Sonia feels right at home on the Hometown Tour.

Sonia’s new single “Bar” is at Country Radio now. Be sure to contact your favorite Country Radio Station and start requesting it.  Sonia’s debut album 1978 December is available in stores now as well as digital outlets such as iTunes by clicking HERE.