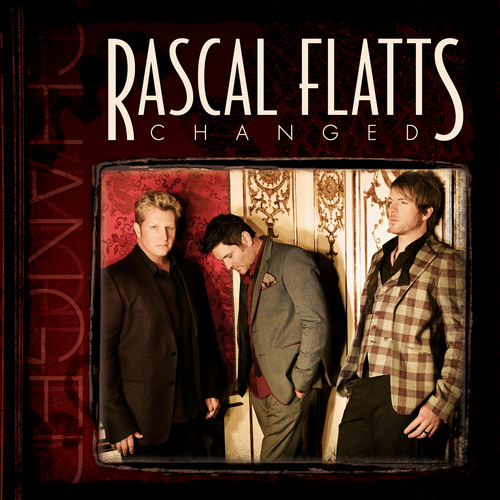 Rascal Flatts continues their run as their 8th studio album, CHANGED, debuts at #1 with sales nearing 130,000. With this #1 album debut, Rascal Flatts has the distinction of being one of only four acts to have seven consecutive studio albums debut in the top spot on the Billboard Country Albums chart during the Soundscan era.

The guys launched the record with numerous television appearances including the 47th Academy of Country Music Awards, Dancing With The Stars, Ellen DeGeneres Show, Good Morning America as well as a very special one-night only in-theater movie event.

The first single off the new album, “Banjo,” is already a Top 10 Country radio hit and rising.

CHANGED was produced by Dann Huff and was recorded in the home studio of member Jay DeMarcus. The album contains five co-written songs by the members of Rascal Flatts.

Click here to get your copy of CHANGED now!