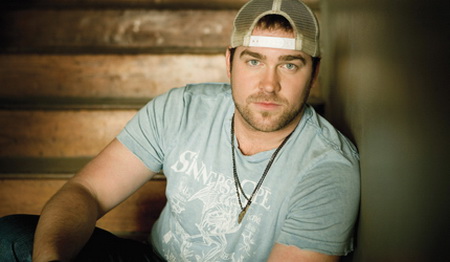 Lee Brice’s single, “A Woman Like You,” has officially been certified Gold by the RIAA for sales of over 500,000 digital downloads. The hit single also rocketed to the #1 spot last week on both Billboard Hot Country Songs and Mediabase charts and currently resides in the Top 5 on the iTunes Country Songs chart.  “A Woman Like You,” is the lead single from Brice’s forthcoming Curb Records album, Hard 2 Love, due out April 24.

“A Woman Like You,” penned by Johnny Bulford, Phil Barton and Jon Stone, resonates with both men and women alike.  The heartwarming yet honest song is a man’s response to his wife’s question about where he’d be if he hadn’t met her.  Brice commented on the lyrics, “The girl in the song asks, ‘What would you do if you never met me?’ And the guy goes, ‘You want to know the truth? I’d probably be doing just what I was doing then, looking for you.’ He’s walking a thin line there for a minute, but then he’s able to hook it to say something every woman wants to hear…I think people dig it because the guy is being pretty darn honest.”

Hard 2 Love, Lee Brice’s much anticipated second album project for Curb Records is now within a one week launch perimeter with energy continuing to build at both radio and retail.

Hard 2 Love promises to live up to the pre-release buzz.  With powerful vocals and top drawer songs, Lee Brice has assembled a stellar collection of songs he’s invested both professionally and personally with honest, raw emotion.  Co-writing eight of the thirteen tracks, and sharing co-production credits with Kyle Jacobs, Jon Stone, Doug Johnson, and Matt McClure, Brice notes: “Everything on the album reflects who I am right now and where I am in my life.”

Hard 2 Love will street from Curb Records on April 24.