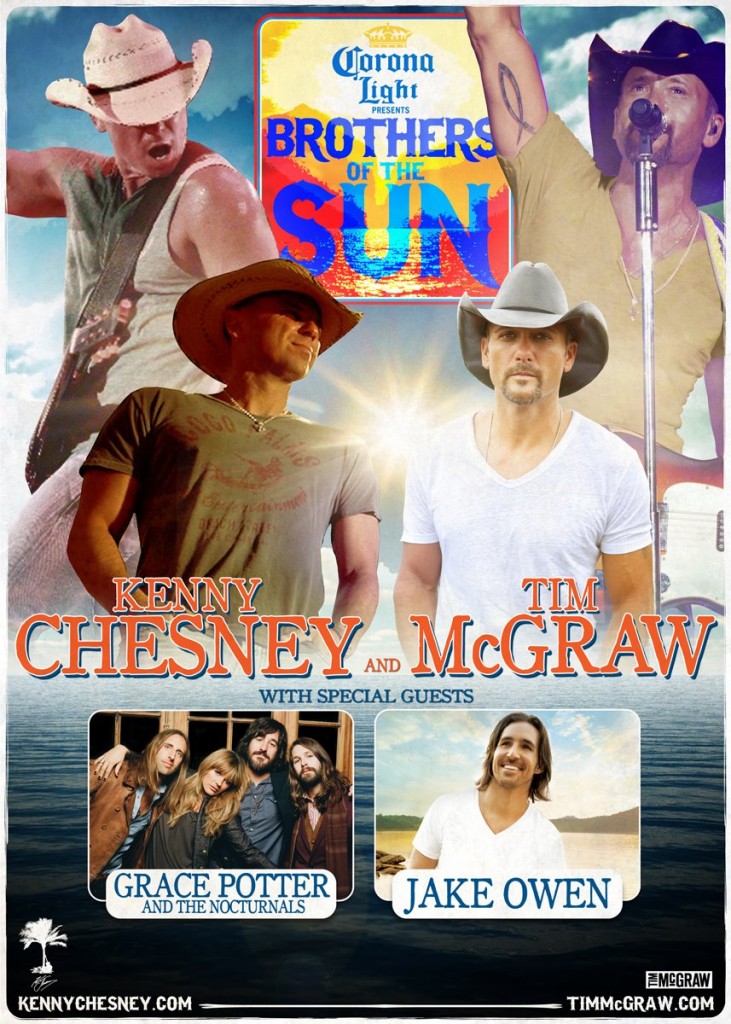 The wildest party of the summer just got bigger, as a Houston, TX date has been added to the Brothers of the Sun Tour, with Kenny Chesney and Tim McGraw. The blockbuster tour will stop at Reliant Stadium on Saturday, August 4, with tickets on-sale Saturday, April 21 at 10am CT. Tickets for the previously announced July 15 show at O.co Coliseum in Oakland, CA will go on sale this Saturday at 10am PT.

The 22-date Brothers of the Sun Tour, with Chesney and McGraw, kicks off June 2 in Tampa, FL and also features Grace Potter & The Nocturnals and Jake Owen. The tour will showcase Chesney’s new duet with McGraw, “Feel Like a Rock Star,” which debuted at #13 this week, making it his highest debut ever on Billboard’s Country Songs chart and the highest-bowing duet between two co-lead artists in the chart’s BDS-era history. The song is the first single from Chesney’s 13th studio album, Welcome To The Fishbowl  available on June 19, BNA Records.  For pre-order packages, click HERE.

To see if Kenny Chesney’s Brothers of the Sun Tour is coming to an area near you, visit tickets.kennychesney.com.