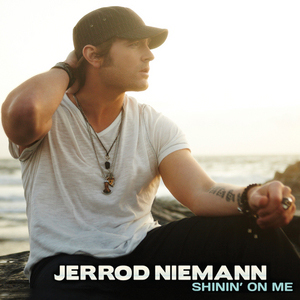 Sea Gayle Records/Arista Nashville singer/songwriter Jerrod Niemann released his new single “Shinin’ On Me” to all digital providers this week. The lead single from Niemann’s yet-to-be-titled sophomore album was also officially added to the Billboard and Country Aircheck charts this week with a combined 44 reporting stations playing the song.

“Even in Seattle, it’s ‘Shinin’ On Me’ thanks to this ‘perfect for Spring’ song delivering Jerrod’s version of ‘blue-skied soul,’” said Mike Preston PD of KKWF Seattle. Steve Stewart PD of KSD St. Louis says, “Summer came early in St. Louis and so did this summer smash!”

Fans can purchase “Shinin’ On Me” on iTunes NOW by clicking HERE.

Fans can expect a new music video for “Shinin’ On Me” to debut this Summer, featuring cameo appearances from some of Jerrod’s friends and band members. He is also currently on the road performing as part of Miranda Lambert’s “On Fire” Tour.