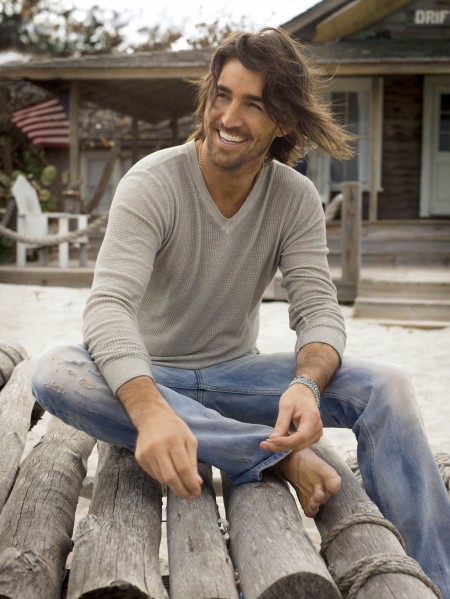 For two consecutive weeks, Jake Owen’s hit single, “Alone with You,” holds the No. 1 spot on Billboard’s Hot Country Songs chart. In addition, this week the song jumped to the No. 1 position on Country Aircheck as well. This marks back-to-back chart toppers for Jake and the second multi-week No. 1 single from his album, Barefoot Blue Jean Night, which debuted at No. 1 on Billboard’s Top Country Albums chart.

The third single from Barefoot Blue Jean Night will be “The One That Got Away.”

“This song is a true story,” says Jake, who co-wrote the song with BMI and ACM Songwriter of the Year Dallas Davidson and Jimmy Ritchey. “I’m from Vero Beach, FL, and every summer, girls would come to town with their families. One summer, this girl and I were totally inseparable and after she left, I never saw her again. That’s where the idea for this song came from. The first few lines are: She rolled in / My little sandy town / She spent the summer there / A couple houses down / Well it was magic in the air / When she caught my eye / We shared three short months / And one long goodbye.”

In addition, Jake is featured in Entertainment Weekly’s Music Issue, on stands TODAY. He made their list of “The 30 Greatest Artists Right Now,” which includes all genres of music.