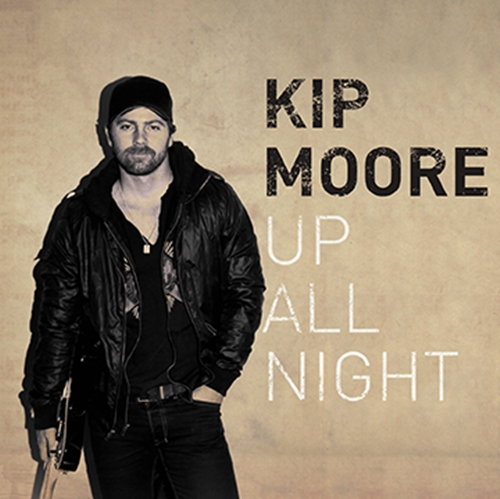 Kip Moore is set to release his debut album Up All Night on Tuesday, April 24.  Up All Night is comprised of 11 solid songs, including his hit single “Somethin’ ‘Bout A Truck”. Moore co-wrote all 11 tracks and his hard work is definitely evident on this album.  Kip’s new sound has already been welcomed with his hit single and will be further embraced upon release of his debut album.

“Drive Me Crazy” is an upbeat tune that serves as a solid introduction to his debut album and was written by Kip & Keifer Thompson of Thompson Square.  Kip keeps the momentum going with “Beer Money” and his smash hit single “Somethin’ ‘Bout A Truck”, which will no doubt inspire several cute red sundresses this summer.  Moore displays a softer side on tracks “Everything But You”, “Where You Are Tonight” and “Hey Pretty Girl”, while closing out the album with powerful track “Faith When I Fall”.   Up All Night showcases Kip’s passion for his music.  You can hear the connection he has with every single one of the tracks on this album, and by the end your connected to each of these songs too.

Up All Night is a definite must have for your music collection as you are sure to enjoy this album from start to finish.  Up All Night is a strong debut for Kip and includes several songs that will fit in nicely on country radio. We feel that this is not only One of the Best Debut Albums of 2012, but also One of the Best Albums Overall of 2012 at this this point.  Keep your eyes peeled and ears tuned-in as Kip Moore is leaving a distinct mark on country music!

Get your copy of Up All Night at your favorite retail store or download on digital music outlets such as iTunes by clicking HERE. You can catch Kip perform songs from Up All Night as he will be joining Billy Currington’s tour this summer. To see if he is coming to an area near you, please click HERE.

Keep up with Kip by visiting his official website, www.KipMoore.net.

One reply on “CountryMusicRocks Album Review: Kip Moore “Up All Night””