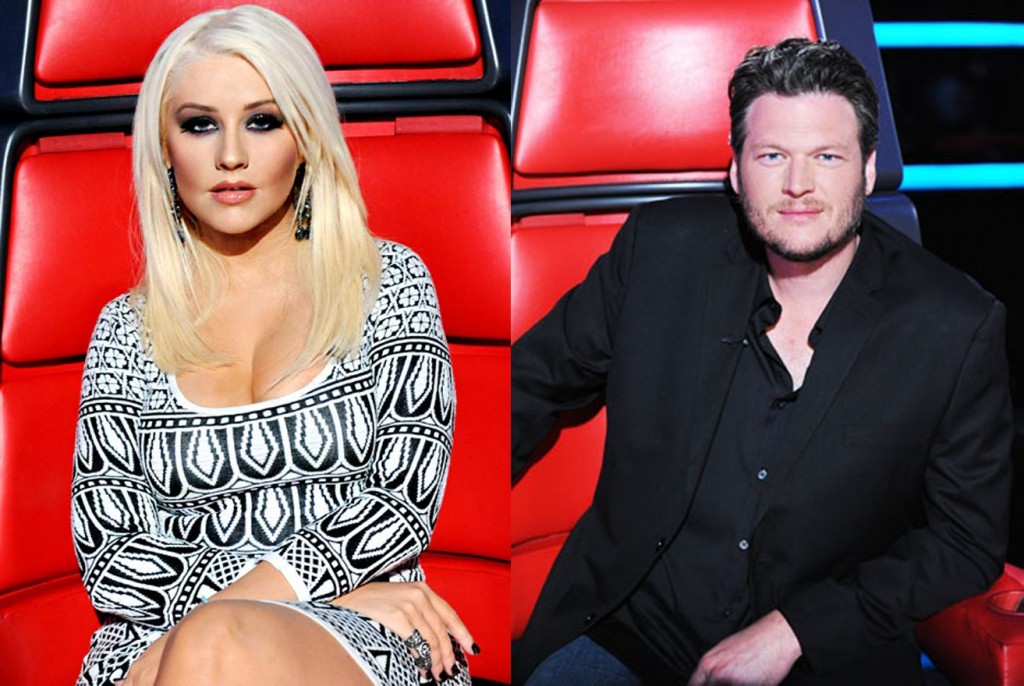 Christina Aguilera performed on NBC’s The Voice this past Monday with her team.  Team Christina performed one of her hit singles “Fighter”, however, before her team hit the stage, Christina had a little surprise up her sleeve.  Aguilera came out performing one of Blake’s hit single’s “Hillbilly Bone”, complete with cowboy dancers specifically to entertain Blake (see beginning of video below). Shelton took to twitter and tweeted That. Just. Happened!!!!! @TheRealXtina I’m speechless….. Christina responded with @blakeshelton Now we need to team up for a country duet Blake!! I’m down!! Let’s go!  Blake Shelton has not yet responded to that tweet via twitter.  What do you think? Would you like to see/hear a country duet between Blake & Christina?