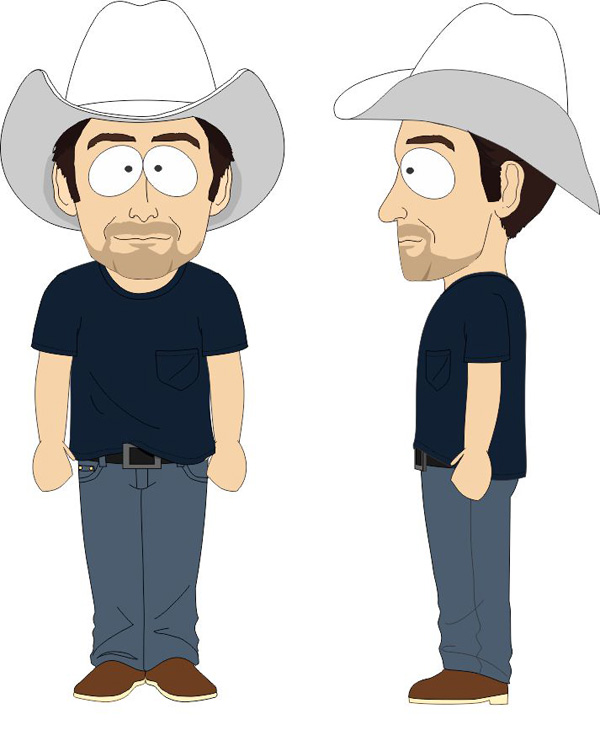 Brad Paisley visited the South Park Studios in California this past weekend and was invited to be a part of the next episode.  He collaborated with the master-minds behind the famous cartoon characters and will have two appearances as himself in the show that airs tomorrow evening, April 25 at 10:00ET on Comedy Central.  The first scene Paisley is introduced and sings the national anthem as a lead-in to a Denver Nuggets basketball game, then later in the show he duets with Cartman, one of the main characters.

Paisley documented his visit on twitter @BradPaisley.  On Monday he posted, Spent the day Sunday @SouthPark . You all might want to watch this Wednesday. So seriously. http://lockerz.com/s/203662195