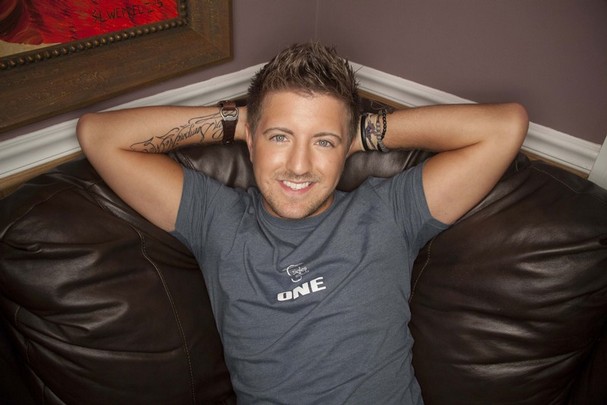 Multi-platinum selling artist and Grammy nominee Billy Gilman, will make his much anticipated return to music with the April 16th release of “The Choice,” a charity single that will benefit Soles4Souls®. In addition to Gilman, the song features 18 of country music’s top artists, including Alan Jackson, Reba McEntire, Josh Turner, and Keith Urban (see entire list of artists below). Through the strong support of CMT and Regal Entertainment Group, the music video associated with the song will get great national exposure with its premiere on April 16th.

Gilman, who has sold more than six million albums worldwide and garnered awards and nods from the Academy of Country Music, the Country Music Association, Billboard Magazine, and the American Music Awards, was in the process of writing material for his upcoming music project with two of his co-writers, Dan Murph and Philip Douglas, when the idea for The Choice was born. The group watched a YouTube video in which Soles4Souls challenged people from all across the country to start their own shoe drives in their communities and do something to benefit those living in adverse poverty and in need of footwear. But instead of setting up a collection bin on a crowded street, they got the idea to do what they do best–write a song. They agreed that every penny generated from the song, including the songwriters’ and publishers’ shares, would go to Soles4Souls. Within one week, the trio penned The Choice and pitched the idea to the charity organization.

“This pretty much started out as just a song for Billy,” said Murph. “Then he called and asked a fellow artist to sing on it with him. And that led to another artist. And before we knew it, all of these amazing iconic country artists were lining up to volunteer their time and talent to this song and this amazing cause. The support for Soles4Souls among the country music community has grown beyond our wildest expectations.”

The Choice was recorded in a Nashville studio one week following the meeting between Gilman’s team and Soles4Souls. It is being released on the Cotton Valley Records (CVR) label through the generous support of recording studio veteran J. Gary Smith. “Having partnered with some of the world’s finest talent, CVR is proud to participate in this amazing project,” said Smith. “Soles4Souls is a wonderful organization and The Choice a truly inspiring song. One hundred percent of the proceeds go directly to Soles4Souls.”

In addition to premiering the music video, CMT is putting its muscle behind the song with an extensive marketing campaign that will include promotion on the CMT main channel, CMT mobile, CMT Insider, CMT Radio and CMT blogs. Regal Entertainment Group, the largest movie cinema company in the United States, will air an exclusive 30-second clip of The Choice for a two week period beginning April 13th on all of its 6,775 screens. The clip features a performance by Gilman and a special message urging people to download the song and bring the goal of placing 500,000 pairs of shoes one step closer to reality.

Gilman burst onto the national stage in 2000 at the age of 12, releasing the hit single “One Voice” and becoming the youngest singer to land on the Top 40 country charts. His debut album was certified double platinum in the United States, and he was included in the Guinness Book of World Records for being the youngest singer to ever reach #1 on the Billboard Top Country Album charts.

Dedicated to providing shoes to children and adults around the world who live in adverse poverty, Soles4Souls® has donated more than 17 million pairs of shoes across 129 countries since its inception in 2004.

About The Choice
The Choice was co-written by multi-platinum selling GRAMMY nominee Billy Gilman to bring attention to the world wide plight of children in desperate need of shoes. One hundred percent of the proceeds from digital downloads of The Choice go directly to Soles4Souls, one of the fastest-growing nonprofits in the country whose goal is simply to put shoes on people in need. The Choice came to life through the contribution of the voices of Gilman and fellow country artists Rodney Atkins, Montgomery Gentry, Amy Grant, Steve Holy, Alan Jackson, Wynonna Judd, Richie McDonald, Reba McEntire, Vince Gill, Ronnie Milsap, Craig Morgan, Kellie Pickler, LeAnn Rimes, Diamond Rio, Kenny Rogers, Randy Travis, Josh Turner and Keith Urban. Scheduled to be released on April 16, 2012, the objective of The Choice is to put 500,000 pairs of shoes on children in need.