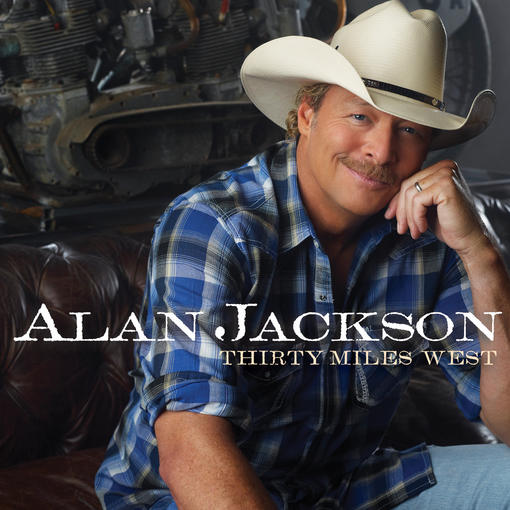 Country music superstar Alan Jackson will release his much anticipated album Thirty Miles West on June 5.  It is his debut album on ACR (Alan’s Country Records)/EMI Records Nashville and is produced by long-time producer and friend, Keith Stegall.  Jackson’s current single from the album is “So You Don’t Have To Love Me Anymore.”

When asked about the unique album title Jackson responds, “There’s this highway that’s been in existence for forever now – it’s called the Dixie Highway and it runs from north of Michigan all the way down to South Florida, and I wrote a song about it that’s on the album. I grew up on Highway 34 outside of Newnan, Georgia, and that’s where we came up with Thirty Miles West. I think we were about thirty miles west of the official part of the Dixie Highway that runs through Georgia.”

Keep up to date with Alan Jackson by visiting his official website, www.AlanJackson.com.