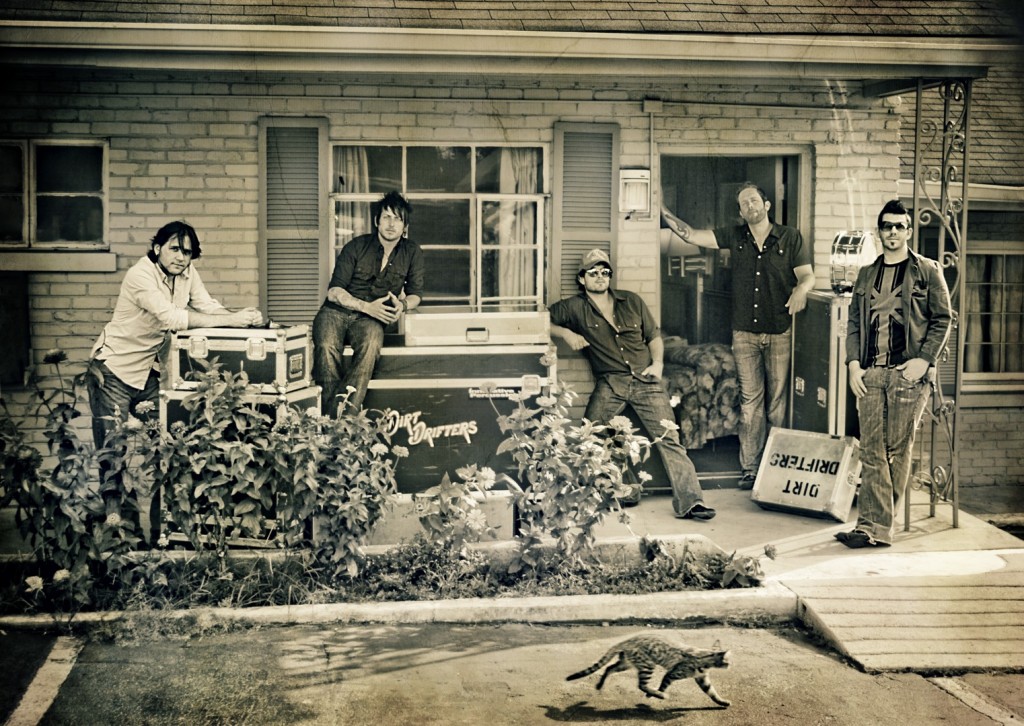 Acclaimed newcomers The Dirt Drifters recently released their new single, “There She Goes,” off their well-received debut album This Is My Blood. Just featured by iTunes as an “Artist To Watch,” the band’s album was also named among the best of 2011 by SPIN, Rhapsody, AllMusic, and more. The multi-talented Nashville five-piece—Matt Fleener (lead vocals/guitar), Ryan Fleener (vocals/guitar), Jeff Middleton (vocals/ guitars), Jeremy Little (bass) and Nick Diamond (drums)—are also getting ready to make their Grand Ole Opry debut on Saturday, March 24th.

“Finally, here’s a Nashville Combo that gets the outlaw/alt-country aesthetic right,” said the San Francisco Examiner of This Is My Blood — an album Los Angeles magazine called “full of honky-tonk attitude and tunes to stomp a boot to.”

Produced by Justin Niebank (Vince Gill, Brad Paisley, Keith Urban), This Is My Blood features 11 tracks, 10 of which were either written/co-written by the band. The album also features a guest appearance by musical legend Willie Nelson on the standout track “I’ll Shut Up Now.” American Songwriter calls the music “refreshing, loud, fun and thoughtful,” while of the album’s debut single “Something Better,” the9513 heralded, “The Dirt Drifters offer the greatest of rarities: a butt-wiggling scorcher exactly as fun and cathartic as it tries to be.” The Dirt Drifters have select tour dates on the books, with more to be announced soon.

For further information on The Dirt Drifters and all upcoming tour dates, please visit www.thedirtdrifters.com.