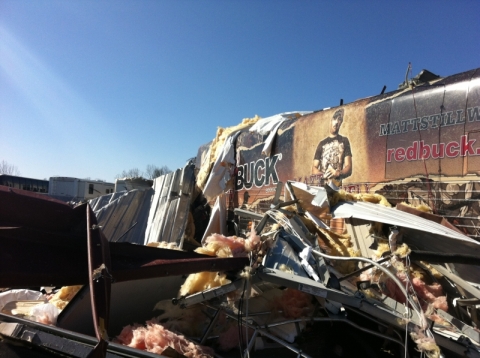 On Friday, March 2, violent storms touched down in at least a dozen states, including East Bernstadt, KY where Average Joes Entertainment Matt Stillwell’s tour bus was being serviced at Visone Automart.  Stillwell and his band were not on the bus, nor in the area where the tornados touched down.

“I’ve never seen or been a part of anything like this. I feel so bad for the people of East Kentucky and all the other areas that were hit with the storms last week,” says Stillwell. “Thankfully my friends and band are all OK and our bus is completely replaceable, but lives, homes, and businesses are gone and that’s a shame.  I’m praying for everyone involved.”

The total damage of Stillwell’s bus has not yet been determined, but plans to get back on the road to visit radio stations in support of his new single, “Ignition,” are still underway.