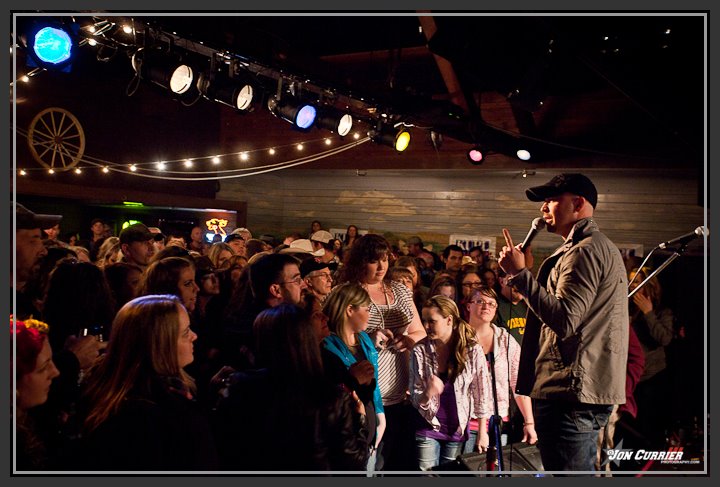 Several Country Artists joined together for an evening of fun, entertainment and rockin’ country music all while raising money for Doernbecher Children’s Hospital.  As part of 98.7 KUPL‘s Hoot & Holler Show, Lee Brice, Craig Campbell, The Farm, Marlee Scott & Cloverdayle performed a sold out show that raised over $5,000 for the children’s hospital.  CMT’s Cody Alan emceed the event as part of the CMT Radio Live With Cody Alan Tour. 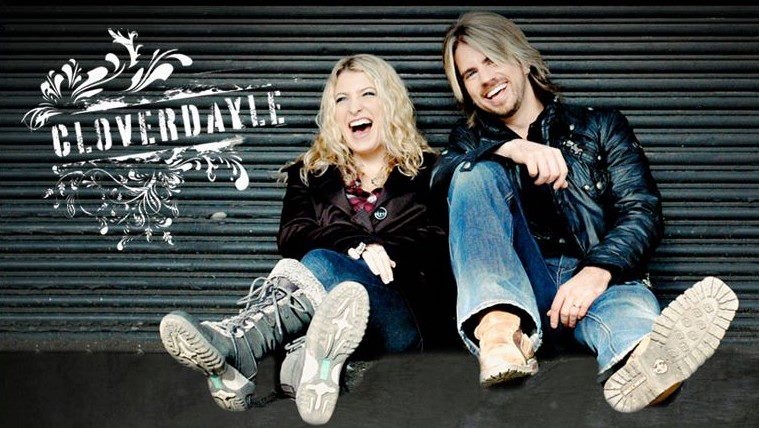 Local Portland duo Cloverdayle opened up the event and their powerful vocals definitely set the tone for the evening. The husband & wife duo, Chad & Rachel Hamar, performed several original songs such as “The Last Time”, “Too Much” and “Trouble Your Mind” giving fans a great introduction to their new music.  Also included on their set list was some cover songs that we all know & love such as “Independence Day”, “Strawberry Wine” and “Jolene”.  Cloverdayle will be heading to Nashville soon to start recording their debut studio album with Jason Aldean’s band. Get to know more about Cloverdayle by visiting their official website, www.Cloverdayle.com. 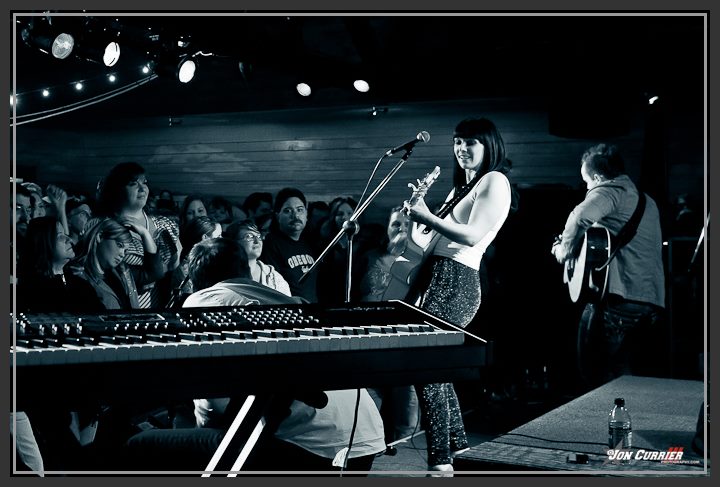 Bigride Entertainment artist Marlee Scott was next to take the stage.  Marlee quickly impressed the crowd with her amazing voice and treated fans to her new music such as hit single “Beautiful Maybe” and her new current single “Train Wreck” which is at country radio now. Marlee told fans a story of a date she once had that turned into a bit of a train wreck, which was a great segway into playing her new single that fans thoroughly enjoyed. Be sure to start requesting “Train Wreck” at your favorite country radio station and keep up with Marlee by visiting her official website www.MarleeScott.com. 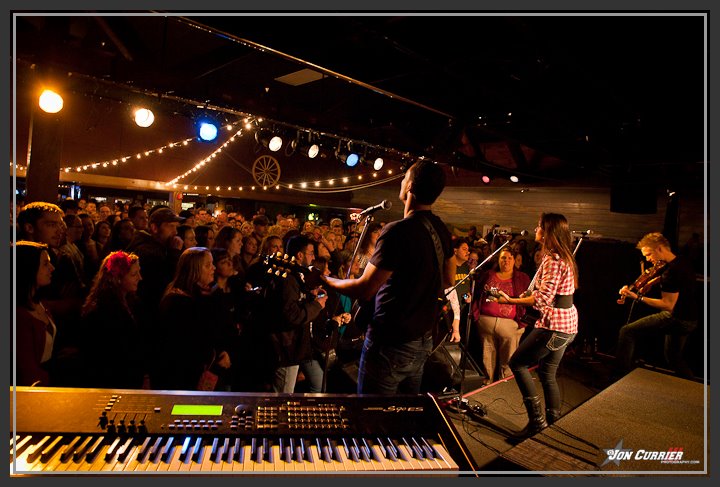 The Farm captivated everyone at the sold out show with the first stroke from Nick Hoffman’s fiddle until the last strum of their set from Damien Horne & Krista Marie’s guitars. The blend of their voices & impressive harmonies, coupled with their energy & crowd interaction had fans instantly engaged to their performance.  The Farm performed new music from their forthcoming album such as “Sweet Sweet Sunshine”, “Be Grateful”, “Fresh Of The Farm” and their current hit single  “Home Sweet Home” which has been rockin’ country radio since its release.  The Farm recently made their debut at the Grand Ole Opry and their debut studio album is anticipated for release later this year. Keep up with The Farm by visiting their official website, www.TheFarmMusic.com. 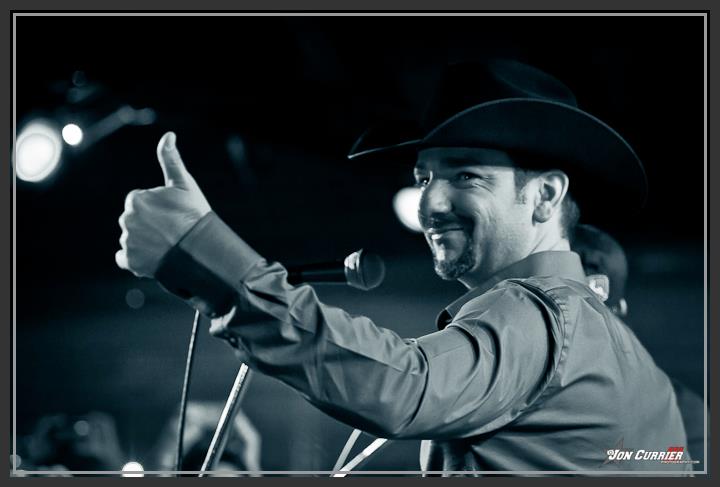 Craig Campbell has become country music’s “Family Man” since the release of his debut single. Fans anxiously awaited for him to step on stage and immediately started singing along with him to his songs.  His new single “When I Get It” was just recently released to country radio and fans have already taken a liking to the song & proved that by singing right along with him, word for word, as with most songs in his set.  Campbell performed “My Little Cowboy” and telling fans the story behind the song of how he thought that their first baby was going to be a boy.  Craig is a proud father of two beautiful little girls.  Staying true to his musical influences of Tritt, Whitley & Jackson, Craig’s genuine country sound has been welcomed with open arms both on record & on stage.  Get to know more about Craig by visiting his official website, www.CraigCampbell.tv. 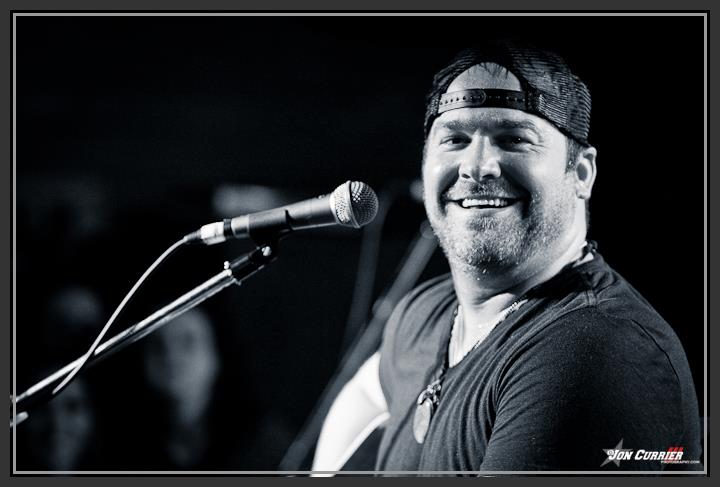 Lee Brice stepped on stage to over 500 fans eagerly awaiting his performance. Brice’s immediate interaction with fans was quickly absorbed and in turn magnified his energy onstage.  His powerhouse vocals filled the venue as fans thoroughly enjoyed every song in his set. Included in Lee’s set list was his mega-hit single “Love Like Crazy”, newly released single “A Woman Like You” from his forthcoming album Hard 2 Love, and “Crazy Girl” which earned him an ACM Nomination as a songwriter for Song of the Year. Be sure to keep up with Lee by visiting his official website www.LeeBrice.com. 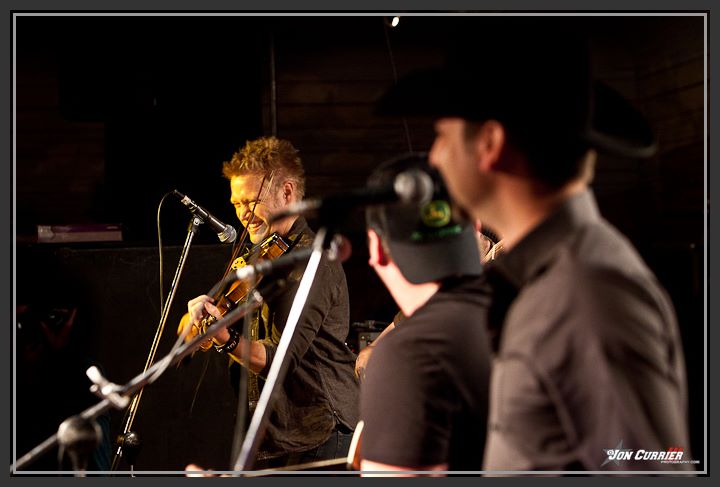 When Brice concluded his original planned set list, he wasn’t ready to leave the stage.  With no complaints from fans, Brice continued to play his favorite songs which then turned into a jam session with Craig Campbell, Nick Hoffman & Cloverdayle’s Rachel Hammer joining him onstage.  To see more photos from the event, please click HERE.  The night was full of amazing Country Music from extremely talented Country Artists all while raising money for a great cause.

Be sure to visit each one of these artist’s official websites and see if they are coming to an area near you.  Their shows are defintely ones you will want to add to your Country Concert List!  Also be sure to keep up to date with CMT’s Cody Alan and see where the next CMT Radio Live Tour will be!! Visit his official website at www.CMTRadioLive.com.