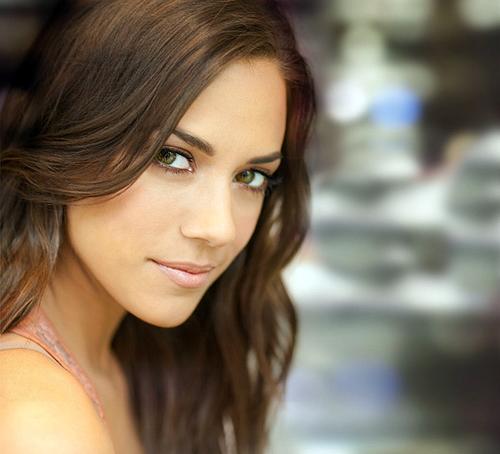 Nashville’s newest breakout singer/songwriter, Jana Kramer, recently shattered her second Country Aircheck record, as her first single, “Why Ya Wanna” made a quick jump inside the chart’s Top 30 – faster than any debut single in history. The track, which already captured over 6 million in audience, is currently available on iTunes and will be featured on her upcoming debut album to be released later this year on Elektra Nashville. The country newcomer will also add “Grand Ole Opry Performer” to her list of accomplishments when Kramer takes the legendary stage for the first time on April 13th.

“Singing at the Opry is going to be the greatest honor, as well as a childhood dream come true. Every artist I have idolized has performed there. To know that I’ll be singing on the same stage where they stood assures the fact that I am living a dream right now. I’m going to take in every single second of it!,” gushes Kramer.

Already selling over 200,000 combined digital singles to date, Kramer saw her debut single, “Why Ya Wanna,” rack up a staggering 55 radio adds upon release, solidifying her as the most added debut artist in the history of Country Aircheck. Along with being the biggest debut artist since the chart’s inception in 2006, Kramer’s adds were nearly triple the previous record for any debut female artist. Kramer – who also starred as Alex Dupre on the CW hit One Tree Hill – was recently named CMT’s inaugural artist for their newly revamped “Listen Up” program, featured across the channel and online network during the entire month of February. Kramer is currently in the studio finishing her debut album with award-winning producer Scott Hendricks (Blake Shelton, Brooks & Dunn).