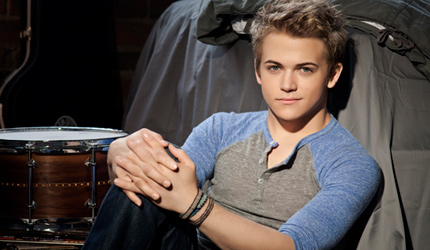 Earlier this week, Hunter re-confirmed his fan loyalty by debuting his new music video for his single “Wanted” exclusively to his fans via live video chat. He tells fans, “I’m so excited and proud of this video.  We wanted to show a visual representation of the writing process of this song, and a sort of glimpse into the inspiration behind “Wanted”.”  The video, directed by BirdMachineBird (Mindy Smith, Patty Griffin), features Hunter in a black and white editorial setting and uses splashes of red to accentuate its romantic story line while bringing life to the lyrics and creating an emotional experience for the viewer. The music video was released on www.HunterHayes.com and was immediately picked up by CMT and GAC, with bonus spins on CMT’s Top 20 Countdown.

Hunter Hayes has also been nominated as ACM’s New Artist of the Year, which will air live from the MGM Grand this Sunday, at 8pm ET on CBS.  He will be performing his smash hit “Storm Warning” and will also be presenting the ACM Lifting Lives performance of “Here’s Hope,” a song he co-penned.

One reply on “Hunter Hayes To Perform At The ACM Awards”