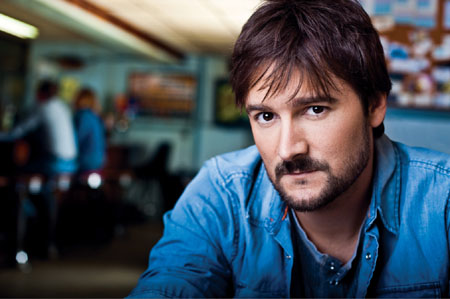 Eric Church always has a good time in Las Vegas, where the ACM Awards take place. It’s always been like a vacation for him and his wife Katherine; he gets to play roulette, usually going home with more than he came there with and Katherine gets to go shopping. That is…until the last couple of years when he’s actually had to put in some time “at work.” In 2011, he performed at the ACM Fan Jam and took home the award for Top New Solo Artist. This year, he’s up for the prestigious Album of the Year for his hit album, Chief, as well as for Music Video of the Year for “Homeboy.” Not to mention he’ll be handing in one of the most-anticipated performances of the entire show on the stage of the MGM Grand Garden Arena.

Being in Las Vegas for the ACM Awards, Church says  “Vegas is like a vacation. We get to get out of town, and it’s like the beach – you can lay out in the sun, you can shop, you can gamble. My wife loves Vegas, more than I like her to love Vegas, you know? She does a lot of shopping out there. I love to gamble. This year we actually have got to do some work. I actually have to perform.”

Eric Church says when he’s in Las Vegas, he likes to play roulette – and he’s got a couple of tips on how to win a little money. “I love roulette. I’m the double-the-money kind of guy, and I’ll put it all on black. It’s the quickest way. I don’t understand craps all that well. I always find a guy who’s got all the chips and do what he does, you know, which I never really trust because I don’t know why I’m winning. They’re just giving me chips. So, I enjoy roulette just because I’ve made money quick doing roulette…I play colors, red, black. Then there’s thirds – first third, second third and last third – is usually what I play. And then odd or even. You can play odd or even. You put 10-dollars on black and hit it and double your money, and then put that back on black and really quickly you’ve made a couple hundred bucks, you know, just hitting like that. So, it’s fun for me.”

Eric is currently hitting big with his latest single “Springsteen” as it is climbing the country charts.