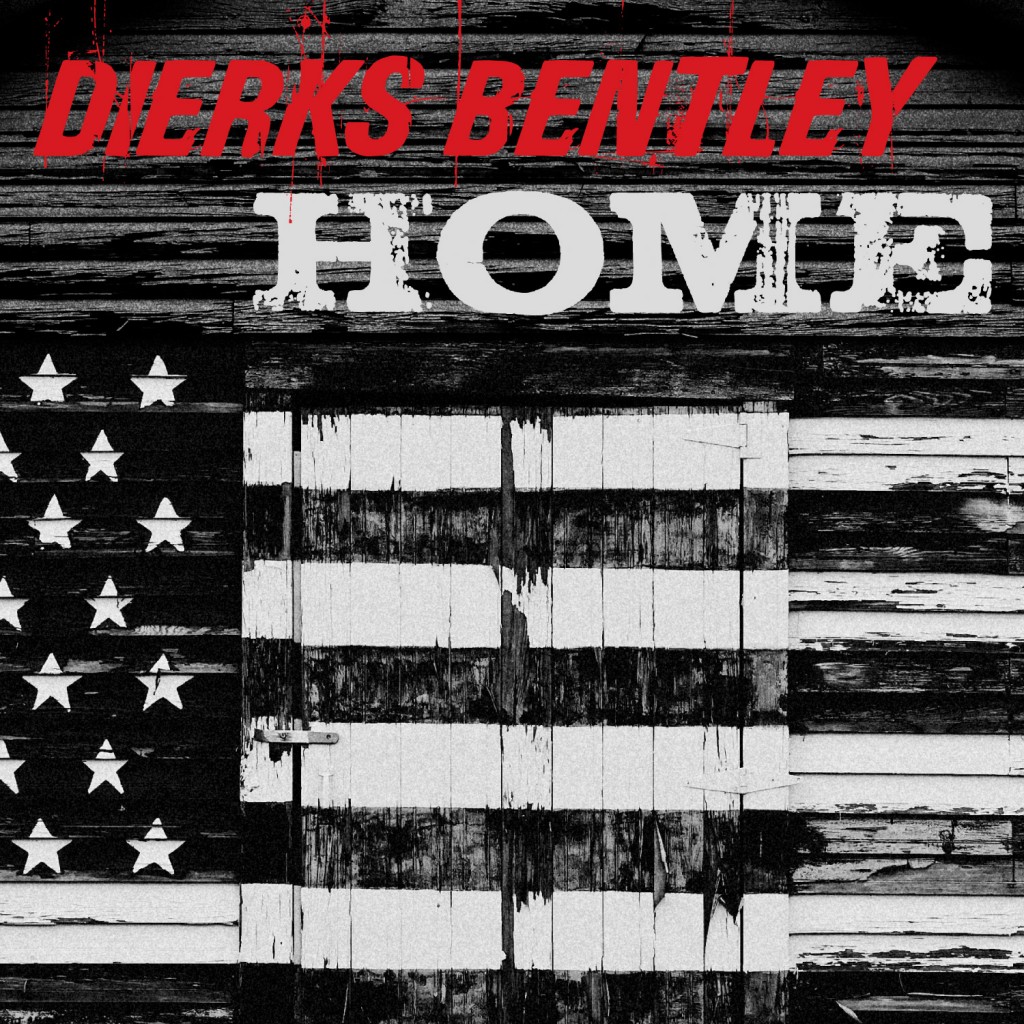 Multi-Platinum singer/songwriter Dierks Bentley scored his ninth career No. one hit today as the anthemic “Home” takes the top spot on both the Billboard and Mediabase charts. The title track off Bentley’s No. one album is also currently nominated for Song of the Year at the 47th Annual ACM Awards set to air April 1 on CBS at 8:00P ET.

“It’s been so cool to see fans reacting to this song on the road…the idea of ‘Home’ and what that means to different people has been really inspiring,” said Bentley from tour in Australia.  “I’m really proud to have written this song with my friends Brett Beavers and Dan Wilson, and it’s extra special for me personally to be partof Dan’s first No. one hit on the country charts!”

Early on, the track received critical acclaim from outlets like National Public Radio and earned Bentley an invitation to perform at The White House last fall.  Its universal message has resonated with fans in Canada where “Home” spent multiple weeks at No. one.  The poignant lyrics also prompted a partnership with the Wounded Warrior Project around Bentley’s tour dates, and inspired Ellen DeGeneres to team up with Bentley to surprise an active military family with $50,000 on her show.

“It’s a rarity in country music — a song about America that manages to be clear-eyed and unsentimental, while remaining deeply patriotic and moving.” – Philadelphia Inquirer

“The title track – his own – is a patriotic heart-warmer that bucks the expected flag-waving to embrace the strength of our country’s differences.” – Milwaukee Journal Sentinel

“Cinematic in its scope and unifying in its message, the secondsingle from Dierks’ forthcoming album succeeds at the difficult task of being patriotic without being overtly flag-waving. It is an anthem in the truest sense, full of chiming guitars and soaring choruses.”  – Country Weekly

Bentley is currently touring Australia on his 2012 Country & ColdCans Tour and will return to the states for its 20-city spring run beginning next month. For more a full list of upcoming tour dates and appearances, visit www.dierks.com.