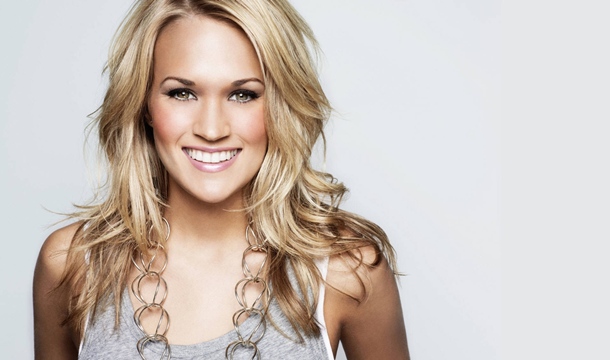 Carrie Underwood is a total pro when it comes to performing on any kind of television, including big award shows like this Sunday’s ACM Awards — but she admits, she’ll still be nervous.

On performing on Sunday’s ACM Awards show, Carrie says “I’m sure I will be nervous before, ’cause I’m always nervous before award shows, you know? ACMs will be no different. I am performing new music, but I bet it’ll be the same amount of nervousness performing ‘Good Girl’ there. At least they’ve heard it on the radio for a bit now and kind of know what to expect, but this is definitely a rockin’ song, and I just want my first television performance of the song to be awesome. So, I am gonna be nervous. It means I care.”

Carrie is a performer and a double nominee for the ACM Awards, where she’s up for Female Vocalist of the Year and Vocal Event of the Year, for her chart-topping duet with Brad Paisley on “Remind Me.”  Carrie will surely be looking stylishly gorgeous for Sunday’s ACM Awards, and you can check out some style and fashion tips from Carrie online here, on InStyle.com.

Tune-in for all the excitement of the 47th Annual Academy of Country Music Awards this Sunday, April 1st, at 8pm, ET, on CBS.