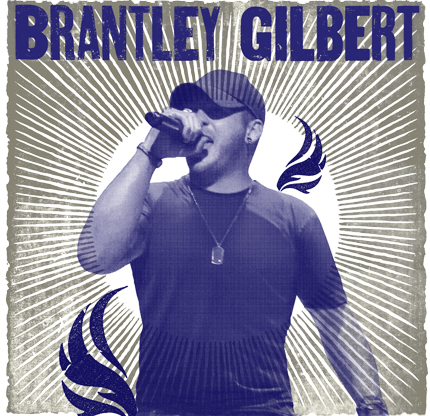 The Valory Music Co.’s Brantley Gilbert will join previously announced BNA recording artist Kellie Pickler for the “Road to the Ram® Jam” series and sweepstakes. The Road to the Ram Jam, presented by the Ram Truck brand, features five of today’s best country music artists and provides fans the opportunity to win prizes including trips for two to an invitation-only 2012 Ram Jam concert event December 29th in Nashville, TN, where all five artists will perform.

The Road to the Ram Jam series and sweepstakes helps bring country music fans closer to some of their favorite artists with exclusive video content, the opportunity to win prizes including collectible posters and vinyl records through participating country radio stations nationwide, and free music downloads. Fans can enter the sweepstakes for a chance to win trips for two to the invitation-only 2012 Ram Jam concert event at www.RamTrucks.com/RoadtoRamJam or on the Ram Trucks Facebook page at www.ramjamsweeps.com.

Gilbert will offer fans a chance to win a free download of his power-driven single “Kick It In The Sticks” when they enter the Road to the Ram Jam concert sweepstakes. The remaining Road to the Ram Jam artists will be announced throughout the year and all five participating will receive a lease on a 2012 Ram 1500 Laramie Longhorn truck. The trucks will then be auctioned off in early 2013 with all proceeds going to benefit a charity of each artist’s choice. Proceeds from Gilbert’s Ram truck will be donated to Iraq and Afghanistan Veterans of America (IAVA). IAVA is the country’s largest non-profit dedicated to supporting the 2.4 million vets of Iraq and Afghanistan and their families. For more information on IAVA fans can go to www.IAVA.org.

“Teaming up with Ram for the Road to the Ram Jam was a no brainer – it’s a great way to reach out to the BG Nation and beyond with some amazing and very cool content. And I get to bring my band to town and rock out at the 2012 Ram Jam with some other great artists,” said Gilbert. “You know the best part is we get to auction off my truck at the end of the year and donate the money to IAVA. How awesome is that? I get to drive an awesome truck and help out with a great cause to support our Troops and Veterans.”

“We are excited to have Brantley join Kellie Pickler as one of the select Road to the Ram Jam artists,” said Fred Diaz, President and CEO, Ram Truck Brand, Chrysler Group LLC. “Brantley’s songs and live performances have the same authenticity and genuine work-hard, play-hard attitude as our Ram trucks.”

The sweepstakes starts Feb. 1, 2012, and ends Sept. 30, 2012. Official rules and complete details are found at www.RamTrucks.com/RoadtoRamJam.