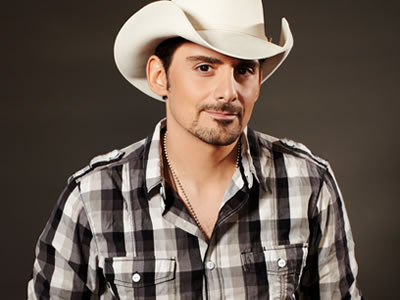 Belmont University alumnus and multi Grammy, Country Music Association and Academy of Country Music award-winning artist Brad Paisley recently established an endowed scholarship at his alma mater. The Brad Paisley Endowed Scholarship will provide financial assistance for a deserving student with demonstrated need who is studying in the Curb College of Entertainment and Music Business.

Paisley said, “I’ve often said that the best course of education for a young person wanting to pursue country music is to go to college at Belmont. I speak from experience. I wouldn’t be in any position to offer a scholarship if I had not gone to Belmont – this is the least I can do in appreciation.”

Belmont President Dr. Bob Fisher added, “I’ve heard Brad say that he ‘got his big break’ when he set foot on the campus of Belmont University, a place where he met fellow students who became members of what became ‘Team Paisley.’ Well, we’ve come full circle to realize that Belmont University and future students got our big break when Brad arrived on campus. We’re deeply grateful for his continued friendship and his commitment to making Belmont better than it was when he first found us.”

In 2003, Paisley received the Distinguished Alumni Award from Belmont. A 1995 graduate with a Bachelor of Business Administration degree, Paisley majored in music business at what was then the Mike Curb School of Music Business. During his Belmont career, Paisley himself benefitted from a scholarship supported by Vince Gill and has long been committed to “paying it forward” to another deserving student.