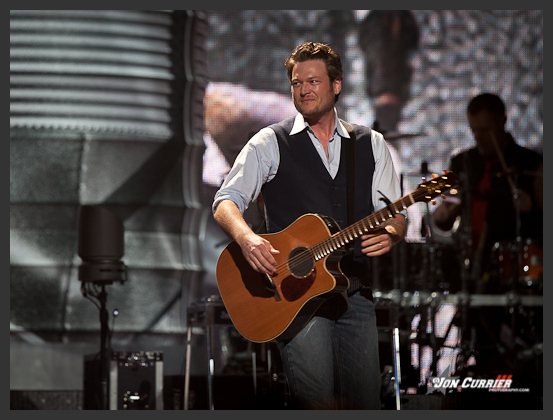 Blake Shelton has spent the winter months heating things up on his headlining Well Lit & Amplified Tour.  Bringing Justin Moore and NBC’s The Voice runner-up Dia Frampton along with him, Shelton has been proving to folks nationwide that everyone has a “hillbilly bone” down deep inside.  We got the chance to catch Blake’s most recent tour stop at the Rose Quarter Arena where Blake entertained over 7,000 fans this past Sunday evening. 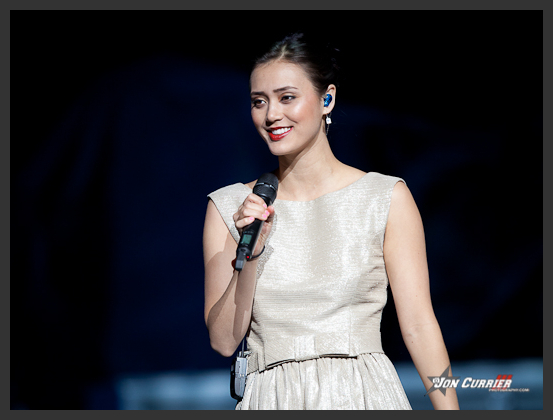 Kicking the evening off was Dia Frampton.  Dia holds a special place in Blake’s heart as he was her mentor on the first season of NBC’s hit show The Voice.  The mentoring did not stop for Blake at the end of the season of The Voice as he brought her on the winter leg of his Well Lit And Amplified Tour.  Her voice was sweet & angelic with the delivery of each song. While she may have been barefoot on stage, that did not stop her from making her way all across the stage, including coming out on the catwalk and interacting with fans.  Frampton did a great job kicking the evening off, showcasing several songs from her debut album RED, including “Walk Away”, “Trapeze”, “Good Boy” and popular classic song “American Girl”. 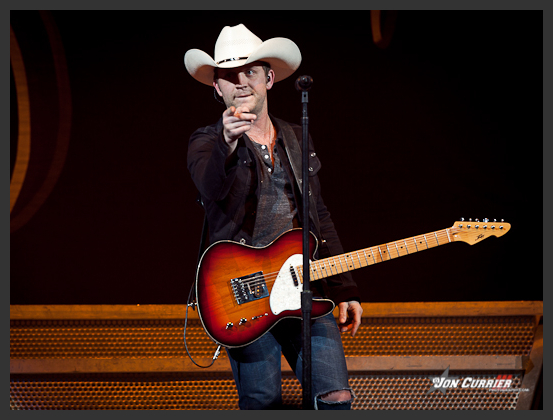 Justin Moore was up next and rocked his set from start to finish while engaging the crowd the entire time.  Moore kicked his set off with a bang by performing “Guns“ and delivered several songs from his sophomore studio album Outlaws Like Me including “My Kinda Woman”, “If You Don’t Like My Twang”, his most recent hit single “Bait A Hook”, and many more.  Justin also showcased his new single “Til My Last Day” which is the first love song he has released and is sure to follow the path of his previous hits.  “If Heaven Wasn’t So Far Away” was another standout performance of his set as well his timeless single “Small Town USA”.  Moore definitely set the tone for what was still to come for the evening and served as a solid opener providing the crowd with energy, excitement and rockin’ country music. 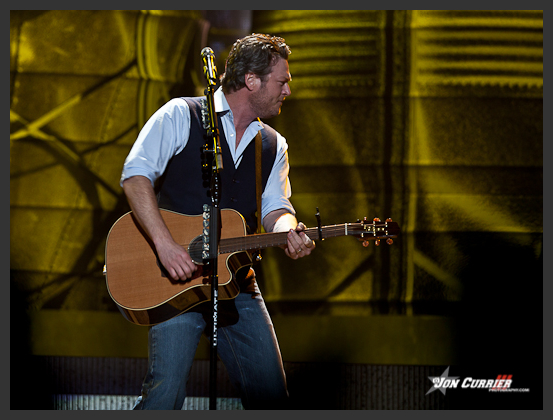 While it may have been a Sunday evening, that did not stop Blake Shelton or fans from cutting loose as he opened his set with popular soundtrack song “Footloose”.  Shelton got his “swerve on” with fans while performing “All About Tonight” and showcased his 2x CMA Male Vocalist of the Year Vocals with “She Wouldn’t be Gone” & “Home”.  A standout part of his performance was when Blake reminded fans of his previous hit songs with an acoustic performance of “Nobody But Me” from 2005 and his debut country single from 2001 “Austin”.  Shelton provided fans with a wide arrangement of his musical catalog which included “Some Beach”, “Ol Red”, “Honey Bee”, “The More I Drink”, new single “Drink On It” and many, many more.  Another great aspect of Shelton’s show was that not only did he perform his songs that we all know and love,  but he was engaged with his fans and interacted with crowd. He noticed couples dancing to his song and acknowledged the signs fans were holding up.  He told stories and gave details about his first meeting for The Voice.  Shelton also brought Dia Frampton back out on stage and they performed “I Will” together which is a song featuring Blake on Dia’s debut album.  Blake also had Justin Moore join him on stage to perform Travis Tritt’s hit song “Whiskey Ain’t Workin” which resulted in a big hug! 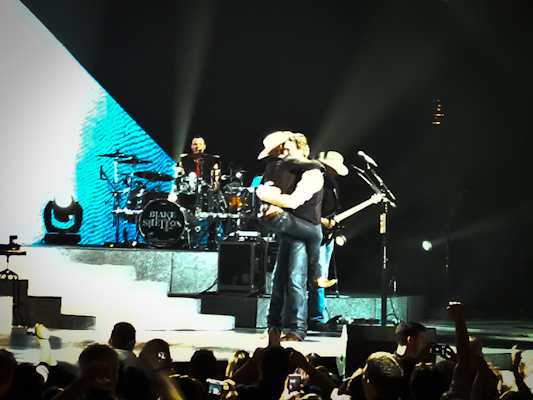 Shelton treated fans to an amazing evening and also surprised fans with a special appearance from his wife Miranda Lambert.  Lambert performed her hit song “Baggage Claim” off her fourth studio album Four The Record.   Shelton closed out the evening with a powerful delivery of “God Gave Me You” which is his tenth #1 single.

The Well Lit and Amplified Tour is quickly coming to an end.  To see if Shelton is playing at an area near you, please click HERE. Be sure to pick up Blake’s latest studio album Red River Blue which features his current single “Drink On It”.  Keep up with Blake Shelton on his Official Website, Facebook and of course Twitter!