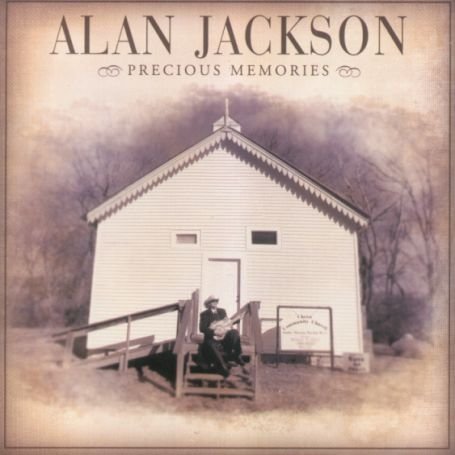 Alan Jackson will re-release his 2006 gospel album, Precious Memories, on Tuesday, March 27th. He originally recorded the album for his mother and his wife’s mother, who had been pleading for him to put together an entire gospel collection.

What prompted him to finally do it was when he recorded a song for the funeral of Denise’s father. “My mom had probably been asking me to record this had to be [laughs] ever since I started making records, probably early ‘90s, I guess. I don’t remember. But every now and then, you know, ‘I wish you’d make a gospel album.’ And so, and I wanted to do a gospel album. I love that music and just looking for an opportunity or just making myself do it, I guess. But what motivated me was my wife’s father passed away, and Denise asked me to record a song for his funeral. I went in with just a piano and sang it, just real quick for this service, and it was ‘Turn Your Eyes Upon Jesus.’ That recording’s on the album. We used that same one. We didn’t rerecord it, so it’s the one we did for his funeral. So, anyway, after they heard that, her mother, Denise and my mother and everybody was on me then to do a whole album, so finally I ran in [the studio] and just kind of threw this thing together.”

Precious Memories includes many gospel favorites, such as “I’ll Fly Away,” “The Old Rugged Cross,” “Softly and Tenderly,” “What a Friend We Have in Jesus” and “How Great Thou Art.”

At the time of the album’s release, GAC-TV broadcast a special concert from Nashville’s Ryman Auditorium. The one-hour special, which features personal interviews with Alan, his wife and mother, will re-air beginning Sunday at 8pm ET and running through March 28th at 10am ET.

The country superstar is currently making his way up the country charts with his latest hit, “So You Don’t Have to Love Me Anymore.”

Keep up with Alan Jackson by visiting his official website, www.AlanJackson.com.