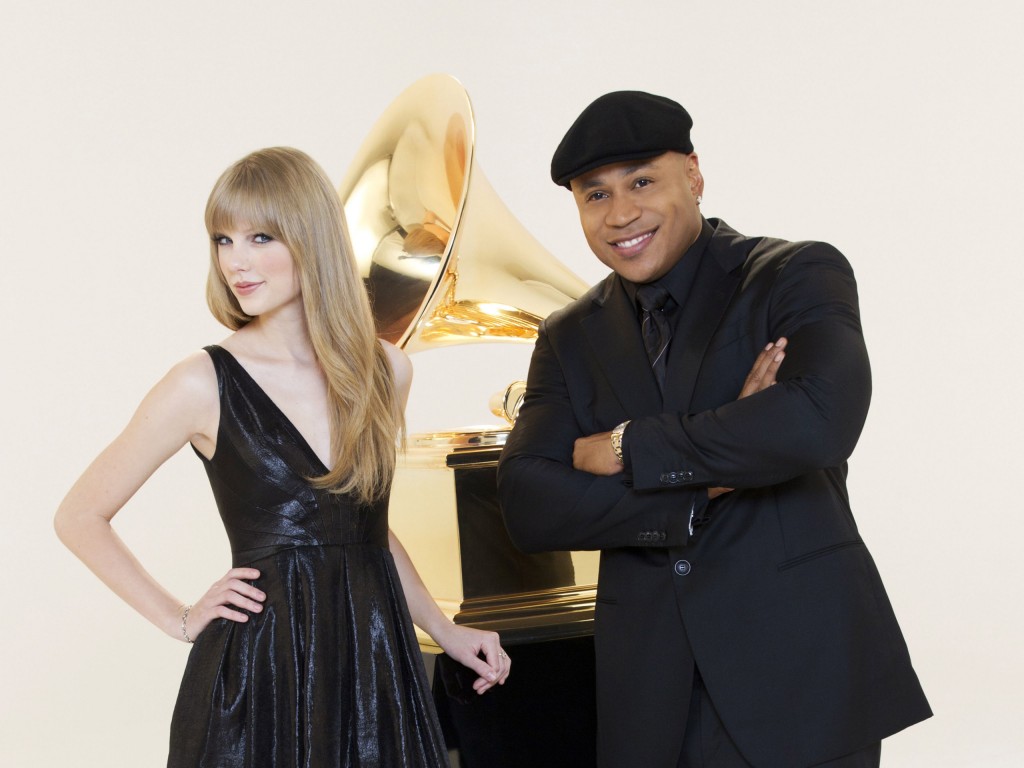 Taylor Swift is gearing up for the 54th Annual GRAMMY Awards & has teamed up with LL Cool J for some GRAMMY commercials.  Swift will be performing at the awards & is up for THREE Grammy Awards which includes Best Country Solo Performance & Best Country Song for “Mean,” and Best Country Album for Speak Now.  The 54th Annual GRAMMY Awards® takes place live on Sunday, Feb. 12 at STAPLES Center in Los Angeles and will be broadcast in high definition and 5.1 surround sound on the CBS Television Network from 8 – 11:30 p.m. (ET/PT).