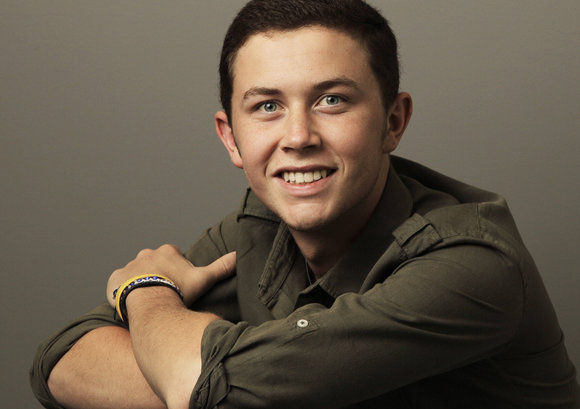 This good news reached Scotty soon after he had been alerted by fans via Twitter that his second single, “The Trouble With Girls,” had just topped 500,000 in sales, making it eligible for a gold certification.

“It’s been a good couple of days,” he says. “I am pumped! Looking at the final eight in the category, everybody in there was so good. I listen to all of their music. So to be a finalist is an honor.

“It’s been an incredible year,” says Scotty, whose debut album was certified platinum in only three months. “Being up for this award means a lot to me. I am ready to head to Vegas!”

On Wednesday, Scotty learned that the past week’s sales of “The Trouble With Girls” pushed the song over the 500,000-sales mark, making it eligible to become his second consecutive single to reach the gold status. “I was so happy when I found out,” he says. “My fans were tweeting, ‘Congratulations on gold,’ and I hadn’t heard yet, so I checked it out. I found out, so I was pumped and made the calls and texts to my family. We are all ecstatic as a family.”

Since winning Season Ten of American Idol in May, he has quickly emerged as one of the most successful country stars of the last year. His debut album, Clear As Day, was certified platinum for sales of more than 1 million units in just three months, and he was recently named No. 1 on Billboard magazine’s list of Top New Country Artists for 2011. He also won New Artist of the Year at the American Country Awards in December.