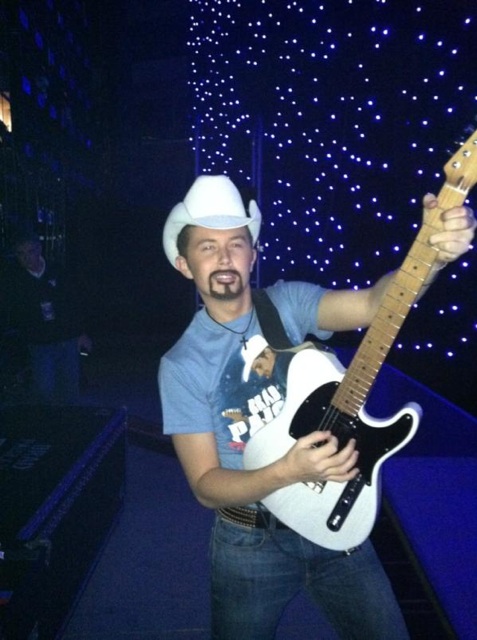 Scotty is delighted with the reception the Top 20 (and climbing) hit, “Trouble With Girls”, is receiving, along with his first hit and other songs from his debut album, during his live shows as he performs across the nation as part of Brad Paisley’s “Virtual Reality Tour 2012″ presented by Chevrolet.  “As the weeks go by, we are seeing more and more fans singing it back to us. It’s a great feeling when you see that and see the fans appreciating your work,” he says. “We’re having a good time out there.

“The tour is going great,” he says. “Brad and The Band Perry are great people. I couldn’t think of a better tour to be on. I’m learning a lot every single night. We’re having a great time!”

Since Paisley is known for his habit of playing pranks on his tour mates, Scotty had been thinking of a way of having a little fun with Paisley in return. During Paisley’s shows, he has shown doctored photos featuring Scotty’s head on the body of a muscular man in a bathing suit, and he recently put a photo of Ernest T. Bass from The Andy Griffith Show on Scotty’s dressing room door.

During Paisley’s performance of “Celebrity,” the screens flash fake tabloid headlines including “Is Scotty McCreery Brad Paisley’s Love Child?” So perhaps it’s fitting that Scotty’s joke involved dressing up like Paisley and surprising the star onstage.

“Apparently Brad leaves his hat backstage at every show, but I didn’t find out until last week,” Scotty says. “I was going to take the hat out onstage that day and poke fun, but we decided it would be too early in the tour because it would leave too much time for him to prank me back. So we decided to wait a little while and perfect the prank – goatee, a tight Brad Paisley shirt and a guitar.

“When we thought the time was right, we put it all together and went out there,” Scotty says. “He loved it! He was cracking up.  So now I am sleeping with one eye open.” 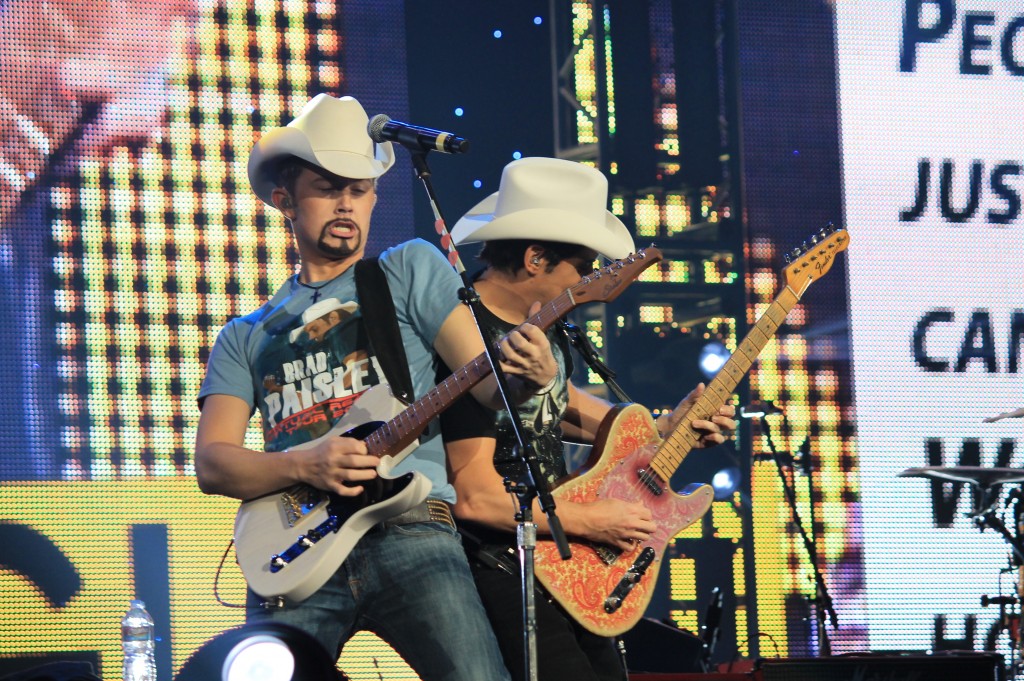 Scotty is nominated for this year’s Academy of Country Music New Artist of the Year Award, which will be given out during the 47th Annual Academy of Country Music Awards in Las Vegas on April 1. He was recently named No. 1 on Billboard magazine’s list of Top New Country Artists for 2011. He also won New Artist of the Year at the American Country Awards in December.