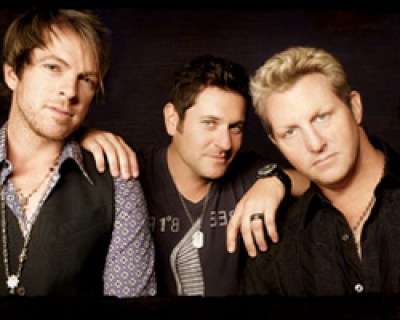 Rascal Flatts worked with their long-time producer Dann Huff on their new album, Changed, but they also decided to produce a few of the tracks on their own.

Jay says, “I think, for us, it was just so much fun in the past to do individual tracks like we’ve done a couple of Christmas tracks together and produced them ourselves. And when it came time to go in to do this record, we’d realized how much fun we had working together, just the three of us without any outside influence. Not to diminish anything that our producers have done with us. It’s just a chance for us to explore, even further, our own musical tastes and likes and experiment, you know?” So they went into the studio with just the three of them and Jay says, “You’ll hear the difference between the tunes that we’ve done versus the ones that we’ve done with Dann.”

The new album, featuring their latest single, “Banjo,” will be in stores April 3rd.