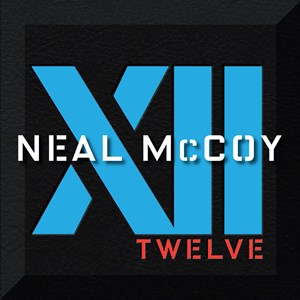 “Neal is not only a friend of mine, but my hero,” commented Blake Shelton about working with McCoy on XII. “Our first priority with this album was that Neal only cut songs that he truly loved and was excited about. That was very important to us.” Miranda Lambert added, “It was a blast seeing Neal and Blake together…had the place laughing all the time. I think fans will hear three different artists coming together on this album with their individual takes on the music.”

Some of Nashville’s best writers—including Tom Douglas, Rivers Rutherford, Jamey Johnson, Allen Shamblin, Rhett Akins, and newcomers Luke Laird, Brett Eldredge, Geroge Terren and Barry Dean, came forward to contribute their very best songs. The end result from the ‘consummate live performer’ is a new collection that offers a little something for every listener. From the bouncy, bright, feel good single, “A-OK,” (featuring Lambert and Shelton on background vocals), to the infectious bar-room, toe-tapper, “Shotgun Rider,” to the engaging ballad, “Judge a Man by the Woman,” and classic, “Van Gogh,” the project is chock full of good music.

“It’s like my shows, a little bit of everything that makes music special,” said McCoy. “XII has a little bit of church, a little bit of bar-room, a couple ballads that’ll encourage, and a real Texas thing about finding your groove in the midst of heartbreak with a cold beer and a good jukebox.” Blake and Miranda had definite ideas about what this should be – you almost couldn’t hold ‘em back.”

Recently listed as one of the Top 10 USO Tour Entertainers since the organization’s inception in 1941 (at number eight, between John Wayne and Marilyn Monroe), it has been 21 years since McCoy released his first single. Since that time,  he  has released 11 albums, had five #1 singles, over 25 charted singles, had a string of top ten radio hits, sold over 6 million albums all while completing over 15 USO tours and supporting the East Texas Angels Network, his charity for children with life-threatening illnesses.

For more information on the life and musical career of Neal McCoy, please visit www.nealmccoy.com. 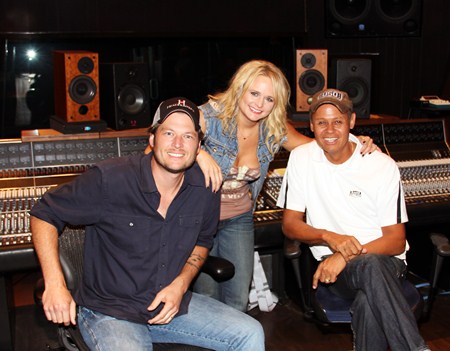