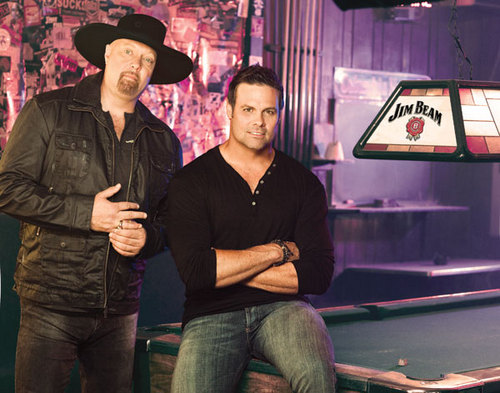 Award-winning duo Montgomery Gentry are back and more powerful than ever as they celebrate their current Top 15 radio single, “Where I Come From,” snatching the #13 spot on Billboard and #14 on MediaBase.  The Academy of Country Music “top Vocal Duo of the Year” nominees are set to make several national television appearances in support of their nomination, as well as their current radio single.

Tune in on Saturday, March 31, just a day before the ACM Awards broadcast on CBS, as Montgomery Gentry perform “Where I Come From,” as well as their featured track, “Good Ol’ Boys (Dukes of Hazzard Theme Song,)” from the newly released tribute album, Waylon: The Music Inside Volume II, on CBS This Morning, and again later that evening on FOX News Channel’s Huckabee.   While in NYC, the powerful duo will also tape a performance for the nationally syndicated The Better Show (airdate to be announced at a later time).

“Where I Come From,” written by Rodney Clawson and Dallas Davidson, is the first single off their seventh studio album, Rebels On The Run, released October 2011 and the first album released on powerhouse Indie label Average Joe’s Entertainment.

For a more information on Montgomery Gentry, visit www.montgomerygentry.com