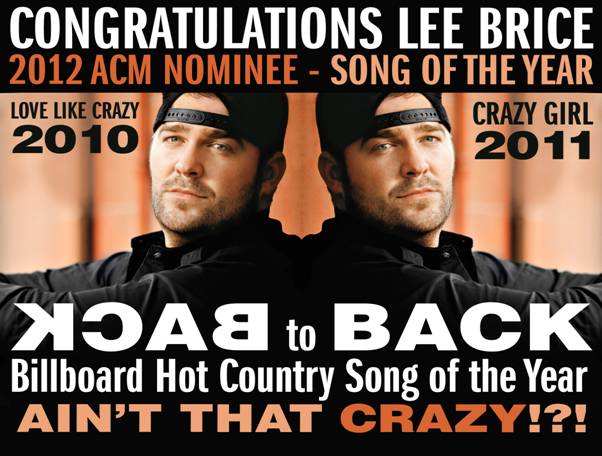 It’s been quite a year for Lee Brice! 2010 & 2011 Billboard Song of the Year Artist/Writer Recipient and Nominated for 2012 ACM Song of the Year (as the songwriter). Not to mention, has the #5 most purchased song this week “A Woman Like You” on iTunes, selling over 30,000 singles a week! His new album, Hard To Love will be released in April!

Keep up to date with Lee by visiting his official website, www.LeeBrice.com.