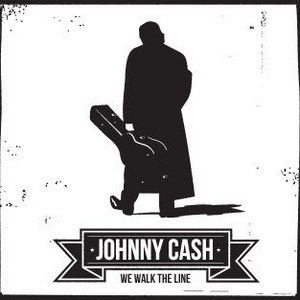 On April 20, 2012, music stars and friends will join together to celebrate the life of Johnny Cash in Austin, TX at “We Walk The Line: A Celebration of the Music of Johnny Cash.” In the year that would mark his 80th birthday, the concert, which will take place at Austin City Limits Live at The Moody Theater, will not only pay tribute to Cash and his music, but also to his roots and his heritage. Performances will include GRAMMY-winning and GRAMMY- nominated musicians Carolina Chocolate Drops, Kenny Chesney, Chris Cornell, Ronnie Dunn, Jamey Johnson, Kris Kristofferson, Ray LaMontagne, Amy Lee and Lucinda Williams, as well as performances by Brandi Carlile, Andy Grammer, John Hiatt, Shooter Jennings and Rhett Miller with more performers to be announced shortly. Tickets go on-sale to the general public on Wednesday, February 29, 2012.

“Our family is honored to know that this amazing line-up of artists will gather together on one stage to pay tribute to the music and history of my father,” said John Carter Cash. “There is no doubt in my mind that, although he is no longer with us in body, his spirit will shine true on this night thanks to these inspired artists.”

“Having been a fan of Johnny Cash and his music for as long as I can remember I could not be more excited to produce an event that honors such a musical legend,” noted Keith Wortman. “His iconic voice, style and authenticity has inspired musicians for generations and we are proud to be able to celebrate his artistic legacy with some of today’s greatest entertainers while also benefitting such an amazing children’s cause ‘Charley’s Fund’.”

An all-star band led by GRAMMY Award-winning Don Was – which includes Buddy Miller, Kenny Aronoff, Ian McLagen, and Greg Leisz– will back these once-in-a-lifetime performances. The concert event will be produced by Keith Wortman. Was, who worked with Cash on an album for The Highwaymen, will serve as musical director. Tisha Fein and Chantel Sausedo will serve as talent producers. A percentage of the net proceeds will be donated to Charley’s Fund, to help in the fight to find a cure for the fatal children’s disease Duchenne Muscular Dystrophy.

“We Walk The Line: A Celebration of the Music of Johnny Cash” will be produced and distributed in conjunction with Legacy Recordings, the division of Sony Music Entertainment that serves as the home of Johnny Cash’s music catalog.

Cash’s 80th Birthday celebration kicks off on February 26, 2012, the day which would have been his 80th birthday, with the ground-breaking of the Johnny Cash Boyhood Home Project in Dyess, Arkansas. The house that Cash grew up in will become a permanent tribute to him and his family’s early life, as well as reflecting a historical slice of American life during the 1930s’ Great Depression. In addition, Legacy Recordings is set to celebrate this landmark year with a full slate of projects to be released throughout the next 12 months. First up is “Bootleg Vol. IV: The Soul of Truth,” a 2-CD, 51-track collection which comprises gospel and spiritual recordings made by Cash in the 1970s and ‘80s, to be released on April 3, 2012.