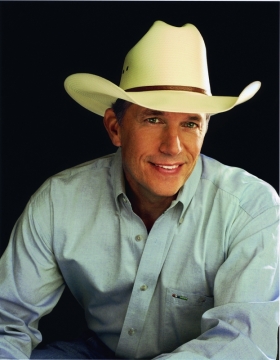 A case of severe Bronchitis caused George Strait to reschedule his tour stop in Kansas City, MO for Saturday, March 3rd. After Martina McBride performed on Saturday in Kansas City, Strait attempted to do his show, but after two songs, found he could not continue. Strait and his management company had wrestled with the issue prior to the show and had a backup plan ready in case the inevitable happened.

When the legendary Singer determined he could not continue his disappointment was obvious. He immediately announced that the complete show, including Martina McBride, would return on Saturday, March 3rd. Strait announced that all tickets for the show would be honored at next Saturday’s performance.