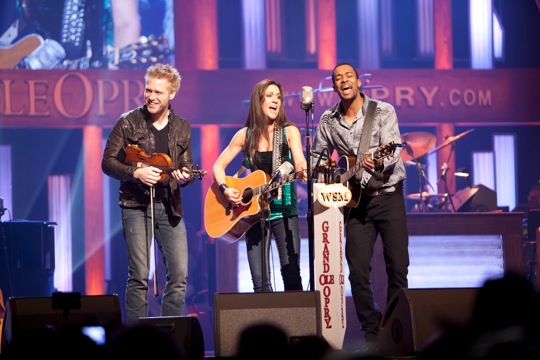 The band has also just released their debut video for the single, “Home Sweet Home.” Filmed in Nashville and featuring footage from the band’s New Year’s Eve show on the Nashville riverfront, the video was directed by Tackelbox Films’ Edde Brothers.

One reply on “CountryMusicRocks Photo Of The Day: THE FARM Making Their Grand Ole Opry Debut”