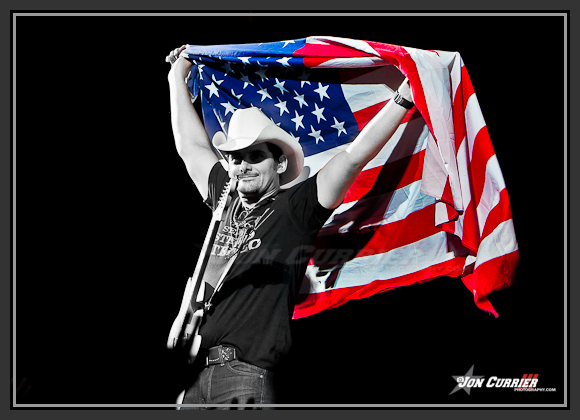 Brad Paisley’s Virtual Reality Tour has been on a roll as he is selling out venues across the country.  Paisley’s tour has made 12 stops so far and each of them have been sold out.   The Virtual Reality Tour also includes the talents of  The Band Perry & Scotty McCreery, making the concert fantastic from start to finish!

While Brad named the tour the Virtual Reality Tour because country music is virtually about reality, the time spent during the concert is an escape from your every day reality.  You get to step away from your problems & stress and forget about the worries that may be weighing you down. From 7pm – 11pm you are enjoying some fantastic country music.  One of many prominent factors about Brad’s tour is that if you want to go and hear country music, then that is exactly what is in store for you throughout the entire evening. 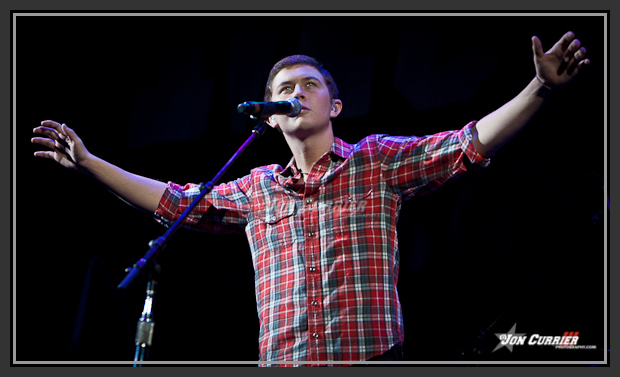 ACM New Artist of the Year Nominee, Scotty McCreery starts the evening off with a strong set.  While this is his first country music tour, he is already off to a great start and has a bright future ahead of him as a country artist.  McCreery works the entire stage and engages with the fans.  His already seasoned voice fills the venue as he performs “Water Tower Town”, “Dirty Dishes”,  Gold Certified Single “I Love You This Big”, “The Trouble With Girls” and many more.  Scotty’s opening number sets the tone for a fun, memorable evening that is ahead. 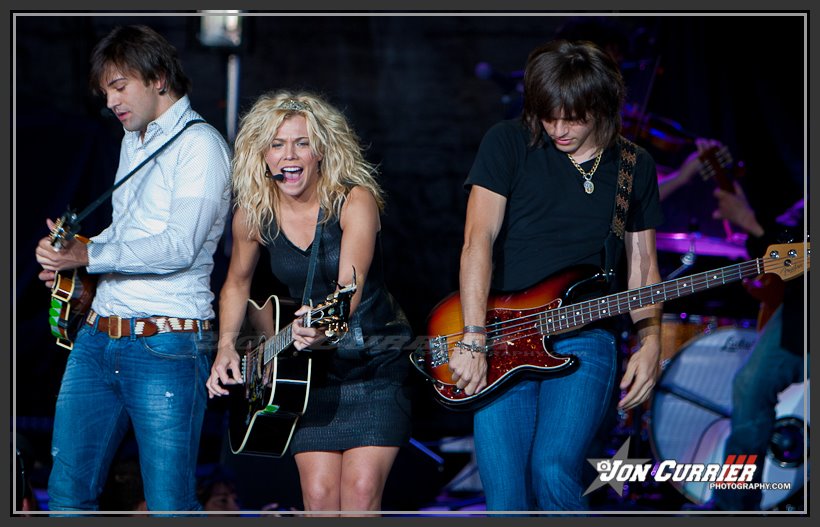 The Band Perry continues to shine every time they step foot on the stage.  As they say before hitting the stage, “We’re The Band Perry, and we play Country Music” and that they do. They are now celebrating their new #1 single “All Your Life” for the second consecutive week, on top of their additional accolades from their self-titled debut album.  Kimberly, Neil & Reid are full of energy & passion throughout their set as they perform their well known hits “If I Die Young”, “Hip To My Heart”, “You Lie” and “All Your Life” as well as additional tracks from their album such as “Independence” and “Miss You Being Gone”.  The trio also includes some well known classic tunes in their set such as a snippet of “Free Fallin'” and rockin’ performance of “Fat Bottomed Girls”.  The Band Perry and their exemplary character give fans an admirable perception of country music. 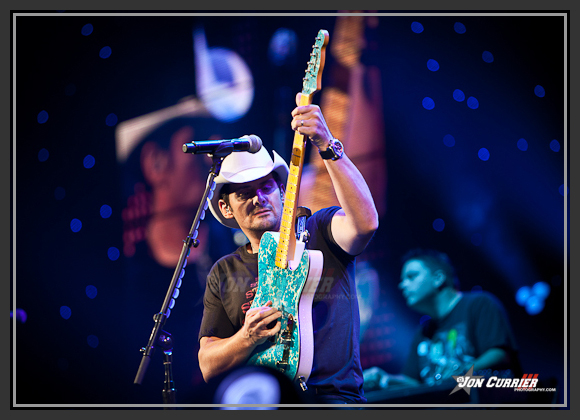 Brad Paisley once again sets the bar & far exceeds it when it comes to performance.  His energy  is more than evident on every song he sings.  Opening his set with “Camouflage”, the audience is immediately engaged.  Paisley performs hit after hit during his set and he makes his way all around the stage giving fans the opportunity to see him perform from every angle.  Even fans in the back of the venue are given the opportunity to watch him play, closer than what they probably anticipated, as he makes his way to the back of the floor to a small stage for a couple of songs.  Brad brings back Scotty McCreery on stage to perform with him as well as The Band Perry.  Hearing Brad & Kimberly singing together would make for a powerful duet as their voices blend together perfectly.  The graphics & lighting put in to the show is top-notch as well as the virtual Carrie Underwood for “their” performance of “Remind Me.” Fans sang along with Brad during his entire set as he delivered a wide arrange of his hit songs such as “Celebrity”, “Online”, “Waitin’ On A Woman”, “Whiskey Lullabye”, “Letter To Me”, “Water”, “This Is Country Music” and so many more.