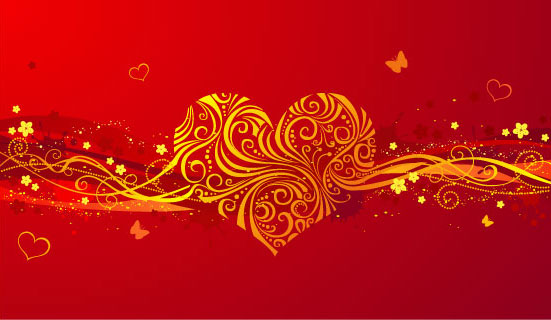 Time is running out to pick up those Valentine’s Day gifts, but just in time for February 14th comes a round-up of stories about relationships, romance, Valentine’s Day, and love…or something like it.

Casey James hopes that his song, “Let’s Don’t Call It a Night,” is a hit with everyone, but he thinks the ladies should especially appreciate it. “I would hope that the ladies love it! That’s a good thing! It’s a song sayin’, ‘Hey, I don’t want to leave you; I want this to keep goin’.’ So, I would hope that they like it.”

Miranda Lambert may be in love, but she says she’s not a big “love song” person.   “I’m not a love song person. I always have one or two, but, you know, because I am in love, and I have been in love, whether, you know, whether my heart’s broken at the time or not, I lean more toward the sad song and the cheatin’ song and the revenge songs, just because…I don’t know why, just because I guess that’s the songs that I love, that’s the songs I want to write. But, you know, bein’ married, too, makes me feel a whole new responsibility as a woman, and I think I take on a little bit more of that character when I sing or when I choose songs. I’m a little bit more grown-up, you know, and I need to sort of embrace this part of my life and know that now it’s…I have a family of my own now, you know? I have a household that’s mine, not my parents’ (laughs), you know?”

It’s what happens after a relationship ends that inspired Jerrod Niemann’s hit, “What Do You Want.”  “I sat down, and I realized there’s three reasons that you hear from your exes. One, because they haven’t heard from you, because you’re startin’ to feel better about the relationship and movin’ on, so they call you because you haven’t fulfilled your quota of begging for them back. So, that ruins your day, of course. Number two, they call to tell you how amazing their life is that they just had lunch with Elvis and The Beatles, and they’re gonna go catch a matinee. (laughs) And then the third reason is because the bars have closed, they’re drunk, and they want to cuddle. So that kind of…so that song represents those in an actual, true way, and Rachel Bradshaw is the guest vocalist on there singin’ harmony, and she’s also a co-writer on it. So, anyway, it’s probably my favorite song on the record, and probably the one that’s the closest to my heart.”

Jerrod Niemann vividly recalls a particular romantic break-up from his past.  “I had a girlfriend that was puttin’ pressure on to kind of take it to the next level. And we had had some issues, and to me, I said, you know…my problem was, if we couldn’t work out these issues, then taking something to the next level would just be a big ol’ Band-Aid, and now we were one more step into this, you know, with the same problems. And we just didn’t see eye to eye on that. So she kind of gave me an ultimatum, and said, ‘Hey, if we’re not engaged by this time, I’m moving to Atlanta.’ And so, I kind of called her bluff, and then she said, ‘Then I’ll move to Chicago,’ and I called her bluff, and then it was Seattle…I was like, ‘Yeah, yeah,’ and then it was India. I was like, ‘India?! What? If you’re not gonna move to Atlanta, you’re certainly not gonna move to India.’ So she moved to India, and (laughs) — which is a true story — so not a good dating track record when you run off somebody you care about to a different continent. I probably need to adjust my attitude.”

Jerrod Niemann always thought ”Lover, Lover” was a feel-good song, even though it’s about the end of a relationship.  “Well, ‘Lover, Lover’ is a song that I heard when I was a kid, and man, just from the first moment I heard it, it always made me feel good. I don’t know, I found myself singin’ it over the years, and my sister brought up the song a couple years ago. And once again, it was stuck in my head. So whenever we went in to record this album, I loved how it was so acoustic driven, and also relied a lot on harmonies. And so we went in, recorded it, and although the subject matter is about a guy leavin’ a girl, it still feels good. And so I guess if you’re gonna be sad, you might as well be tappin’ your foot while you’re cryin’.”

Jake Owen offers a light-hearted take on the subject of hearts. “I’m very romantic. I mean, it oozes out of me. (laughs) Seriously, I buy t-shirts in the shapes of hearts. That’s the only thing that fits me. I’m one big heart. I give love.”  Jake Owen says that his new single, “Alone with You,” speaks to the love lives of a lot of people. “People are just comin’ out of nowhere tellin’ me about that song. Whether people want to admit it or not, there’s part of them that know there’s been a time in their life that they’ve had someone that they were dating or whatever that wasn’t necessarily…it wasn’t, like, true love as much as it was like tryin’ to figure out what the situation is.”

If you’re shopping for your Valentine, Josh Thompson thinks a copy of his CD would make a perfect gift. “What better gift could you possibly give somebody that you love, other than a Josh Thompson CD? It is the gift that keeps on giving!” (laughs).  Josh Thompson shares his secrets for Valentine’s Day romance…sort of.  “I like to woo the ladies with dipping them in chocolate, with….(laughs) You know, I mean, I’m usually a delivered-flowers kind of guy. You know, have ‘em show up at the work, you know, so that the other people that didn’t get flowers can be envious, and then, when they get home, I usually like to have dinner ready. And me waiting in a sexy apron with a little red ribbon tied around my neck.”

Carrie Underwood remembers her worst experience on a date. “The worst date I ever had was actually probably my first date ever. I was 16, and I was going out on a date with a guy that was a bit older. He might have been like 18. And he came in, and my dad actually had gotten out his shotguns earlier to start cleanin’ ‘em. I don’t know why he decided to clean them right before my first date, but he did. Mom made him put ‘em up, though. But my date gets there, and we go out, and he really just didn’t put that much thought into it. Like, we just went to the mall and were gonna watch a movie. But I was 16 and couldn’t get into any rated-R movies. So we ended up watching this horrible movie. We left like halfway through, and he took me home, and that was that. (laughs) Not a great first dating experience.”

Chris Young recalls the funniest pick-up line he’s ever heard.  “This is not mine, but this is a buddy of mine, and I thought this was the funniest line I’ve ever heard — and he used it on a bartender one time, and it worked. He said…he walked up to her, he’s like, ‘Look, you’re pretty much the hottest woman in here, and I’m pretty much the least attractive guy. You’re my only shot at havin’ average-looking kids. Can I get your number?’”