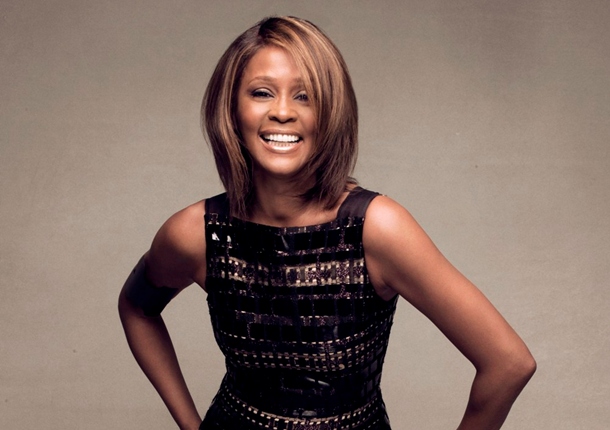 Pop Icon Whitney Houston, 48, passed away today, February 11.  Details of her death are still unknown. The Recording Academy issued the following statement regarding the passing of Houston:  Six-time GRAMMY® winner Whitney Houston was one of the world’s greatest pop singers of all time who leaves behind a robust musical soundtrack spanning the past three decades. Her powerful voice graced many memorable and award-winning songs. A light has been dimmed in our music community today, and we extend our deepest condolences to her family, friends, fans and all who have been touched by her beautiful voice.

CNN reports Dolly Parton, who wrote “I Will Always Love You,” said, “mine is only one of the millions of hearts broken over the death of Whitney Houston. I will always be grateful and in awe of the wonderful performance she did on my song and I can truly say from the bottom of my heart, ‘Whitney, I will always love you. You will be missed.”

Additional Country Artists are also stunned to hear the news and have taken to social media to share their thoughts.

Jay DeMarcus: Whitney Houston has died!!! Oh my goodness, what a loss…. Sad.

LeAnn Rimes Cibrian: Seems like we are losing the great ones all to soon. RIP Whitney, how horribly sad.  Whitney Houston was the first cd I ever bought. She had a God given gift. Hopefully, she’s singing with angels now. I can’t stop crying. I have a show to do soon. Wow, I learned how to do what I do because of 3 great women, one being Whitney. She was always so kind to me. This is not gonna be an easy show for sure. I’m doing what she taught me to do by listening to her records over & over as a little girl. Her death is very surreal.

Josh Thompson: R.I.P Whitney Houston, I will always love you! Too soon?

Meghan Linsey: Whitney Houston??? What?? I’m speechless! Sooo freakin sad… Wow. RIP Whitney Houston… One of my biggest inspirations. When I was 5 I auditioned for a movie and I did a dance routine to Whitney’s “How Will I Know”. The first song I ever sang in front of people was Whitney’s “One Moment In Time”. I was 9.

Love And Theft: Rest In Peace to the incredibly talented Whitney Houston – you will be missed

Lady Antebellum: We are so heartbroken to hear of the loss of Whitney Houston. One of the best voices EVER! Praying God’s comfort for her family. ~hill

Billy Ray Cyrus: R. I. P. Whitney Houston. I will always love you and your music and talents will live on forever.

Chris Young: RIP Whitney Houston. Truly one of the best vocalists of all time/all genres. #sadday

Sara Evans: What a tragedy losing Whitney Houston. One of my all time idols. So very sad for her family. I will be praying for them. 🙁

Brett Eldredge: Weird thinking Whitney Houston just passed away down the street from where I’ve been all day….one of the best voices, rest in peace! #fb

Eddie Montgomery: Wow really??? Whitney Houston one of the greatest singers of all time and I loved her in the bodyguard!! I smell bobby Brown

Martina McBride: So sad about Whitney. She was one of my singing idols. Prayers going up for her family, especially her daughter.

Jason Aldean: Very sad to hear about the death of Whitney Houston…. What an amazing talent she was.

Luke Bryan: On the bus listening to Whitney. Very heartbreaking to lose someone that defined my generation. Voice of an angel. A very sad day.

Sugarland: A beautiful voice and a talent beyond compare. You will be missed. -K

Jewel: What a shame, not just because a great voice is silent, but a great LIFE is ended way too early. My thoughts are with her family #RIPWhitney

Thoughts & Prayers go out to Whitney Houston’s family & friends during this difficult time.