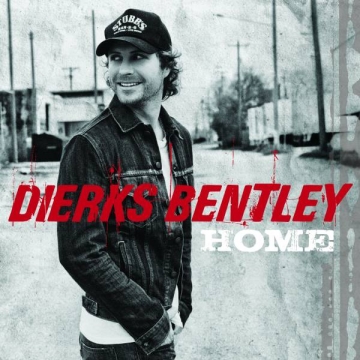 Dierks Bentley fans can find their Home on CMT, as the network offers unprecedented access to the multi-platinum singer/songwriter across CMT, CMT.com and CMT Radio.  In addition, the superstar will head to the hometown of one lucky fan and perform for 100 of their friends as part of a sweeps that launched today, BRING DIERKS TO YOUR HOME.

Throughout the week, CMT will release exclusive videos online and to 1.5 million fans on Twitter and Facebook.  Bentley will also serve as the guest host of CMT RADIO LIVE WITH CODY ALAN on Tuesday, February 7, the same day his highly-anticipated album Home debuts.

Bentley will be featured on CMT, CMT.com and CMT RADIO LIVE on the following dates/times:

Home marks Bentley’s sixth studio album and debuts February 7. The new album’s anthemic second single and title track received an ACM nomination for Song Of The Year and is currently in the Top 10 of the radio charts.  Billboard noted that the song is “Maybe his strongest lyrical statement to date, the single reminds us of a late 70s Haggard track — the ultimate compliment.  The past few years have seen some of the best work of his career, and this is another example.”  The lead single “Am I The Only One” already peaked in the #1 spot and has been certified GOLD.  Bentley’s earlier albums have earned him eight #1 hits, over five million total album sales and 10 GRAMMY nominations.