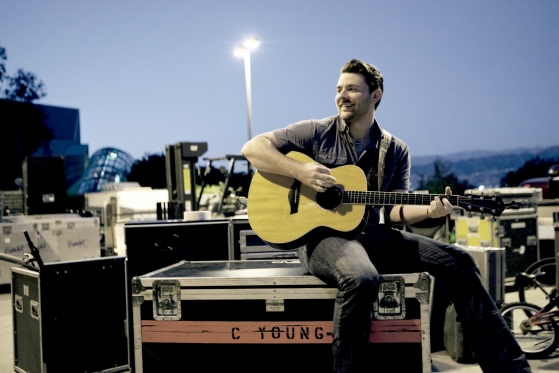 Entertainment Weekly precisely predicted the baritone-voiced Chris Young to have a “long, lucrative future ahead of him” and by all indications, the predictions are true!

Only six weeks into 2012 and ACM Male Vocalist nominee Chris Young continues to notch more career accolades. The year began with a sold-out headlining show, a performance on the popular syndicated daytime program The Ellen DeGeneres Show, the kick-off of the “On Fire” tour with Miranda Lambert, ACM nominations for Male Vocalist and Single of the Year and most recently, his fifth consecutive #1 with “You.” The list continues to expand with the tandem RIAA GOLD certifications of his chart-toppers “You” and “Voices.”

The GOLD-certified single “You,” written by Young with Luke Laird, is the baritone’s fifth consecutive #1 track and the second single from his recently released album, NEON. With the song’s recent chart domination, Young becomes one of only two solo artists to top Billboard’s Hot Country Songs chart with their five most recent singles.

After hitting the top of the charts last year with “Voices,” the song that earned him a 2011 GRAMMY® nomination from his sophomore album, The Man I Want To Be, Young broke a 25-year record, marking only the second time in the modern era of the Billboard Hot Country Songs chart that an artist re-released the same recording to chart-topping status.