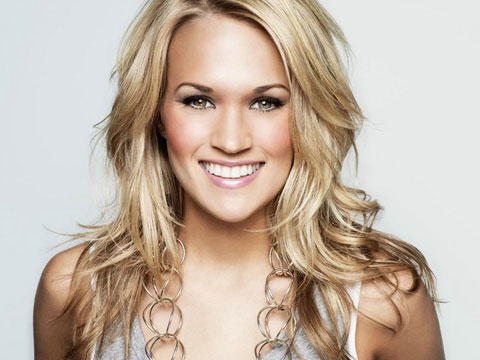 In anticipation of what is expected to be one of this year’s hottest album releases, it was announced today that Carrie Underwood’s new CD will be released on Tuesday, May 1.  Produced by Mark Bright, the forthcoming album was featured in Entertainment Weekly’s recent “10 albums we can’t wait for.” This will be the fourth studio album on 19 Recordings/Arista Nashville for the five-time Grammy winner. The debut single co-written by Underwood, “Good Girl,” will be released to country radio on February 23.

Underwood’s February schedule is already gearing up with numerous appearances, performances, and events.  Among those are “CMT Crossroads” with Aerosmith rock legend Steven Tyler (with initial airings on CMT Sat. Feb.4, 11pm ET and Sun. Feb 5th, 2am ET and 10am ET), an appearance at the 54th Grammy Awards, Country Radio Seminar in Nashville, a performance at the Nordstrom Nashville Symphony Fashion Show, and the digital release of her new single, “Good Girl.”

Keep up to date with Carrie by visiting her official website, www.CarrieUnderwood.com.