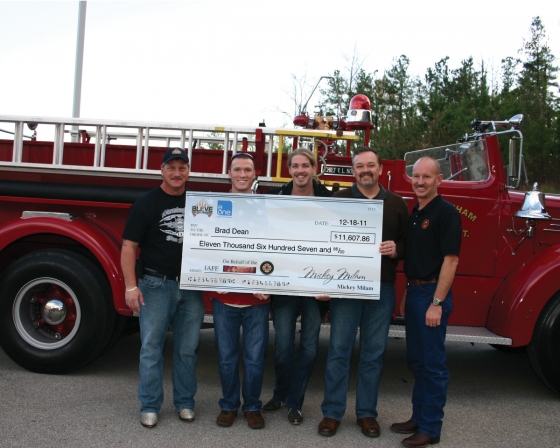 Former American Idol finalist Bucky Covington has joined forces with charitable organization Help The Good Guys to honor and support our country’s injured fire fighters, police officers and their families. Together the two work to raise awareness and funds for the more than 130,000 fire fighters and law enforcement officers who experience a financial crisis due to work related injuries each year.

“’Help The Good Guys’ perform an amazing service for our police officers and fire fighters across the country and I’m honored to join them in their efforts,” shares Bucky. “It’s rewarding for me to recognize these hard-working men and women and help bring some financial relief to these families in their time of need.”

In addition to raising awareness for the cause, Bucky recently lent his talents to fundraising events in Birmingham, AL and Detroit, MI to support injured heroes in their local community. Coming up on April 21, Bucky will host a motorcycle ride and concert in Chattanooga, TN to benefit injured fire fighters and police officers in the city.

Bucky Covington signed a record deal with Entertainment One Music Group/Nashville in 2011 and will be releasing a new album this year, his first new music in five years.