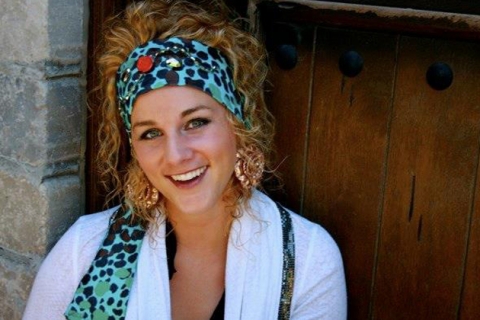 Adley Stump made her debut on the final blind auditions episode of NBC’s “The Voice” last night (2/27) singing Carrie Underwood’s “Last Name.” The Tulsa, Oklahoma native has jumped to nationwide exposure where she’s been given the stamp of approval by no less than fellow Okie Blake Shelton and pop star Christina Aguilera.

With only one open spot on their team, both Shelton and Aguilera pressed their buttons for Stump. Shelton called the young singer a “great female vocalist” explaining why he followed Aguilera’s lead and pushed his button. “Her (Christina) being interested really pushed me over the edge,” says Shelton. “I was like ‘man this girl, is she as powerful as I think she is?’ And man, I think you’re great.”

Aguilera also commented on her strong vocal presence saying, “Your power blew me away. You are obviously a powerful vocalist and you have chops. You have really, really good chops.”

Despite growing up singing along to Aguilera, Adley Stump followed her heart and chose Blake Shelton, becoming the 12th and final member of Team Blake. For the young woman at the center of all the fuss, none of this was part of the plan. Stump was busy getting her degree in public relations at Oklahoma State University when friends dared her to try out for a singing part in a sorority production. She’d been honing her skills as a dancer and cheerleader since childhood, but had never considered the notion that she might have a knack for singing as well. Before she knew it, she was belting out the Carrie Underwood hit “Last Name” in front of celebrity judges Shelton, Aguilera, Cee Lo Green and Maroon 5’s Adam Levine.

“I was pinching myself that it was even a reality,” Stump says. “I thought, ‘I’m really doing this, this is my life now and I have a shot.’ I’ve always been a dreamer, but I didn’t think I could do something this big.”

Now that Adley Stump has the world’s attention, she aims to keep it. With her national TV debut and thousands of new friends on Facebook and Twitter, Adley Stump is ready prove herself in front of as many audiences as possible. Fans can hear more by visiting her website at www.adleystump.com.  Her debut EP, Like A Lady, and her live performance of “Last Name” available for download on iTunes.