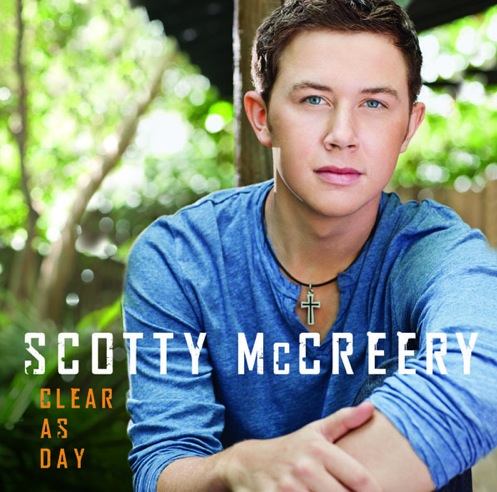 Scotty McCreery’s debut album, Clear As Day, has been certified platinum for sales of more than 1 million in just three months after its release.

In addition, he was named No. 1 on Billboard magazine’s list of Top New Country Artists for 2011. He also won New Artist of the Year at the American Country Awards in December.

Scotty says the platinum certification marks a major milestone in his career.

“It means the world to me,” he says. “It’s one of the highest honors you can get with your album and it’s a huge testament to the loyalty of country music fans and how great they have been to me this year. 2011 was absolutely an incredible, life-changing year for me. I want to say a huge thanks to the fans for this.”

Clear As Day debuted at No. 1 on the Billboard Top 200 and Top Country Albums charts, making him the youngest man in history to open at the top of the all-genre chart with a debut release. It also garnered the highest sales of any country solo album released last year. It held the No. 1 spot on the Billboard Top Country Albums chart for six weeks.

The album’s first single, “I Love You This Big,” has also been certified gold. His current single, “The Trouble With Girls,” is approaching gold status as well.

The album, which was released Oct. 4, was certified gold for sales of 500,000 in November.  The platinum certification followed about seven weeks later.

“That is a huge honor,” he says. “I’m honored to be included in that list of great artists.”

On Thursday, he begins his first country music tour when he joins Brad Paisley’s “Virtual Reality Tour 2012” presented by Chevrolet.  The tour, which also features The Band Perry, kicks off in Grand Rapids, Mich.

“I’m looking forward to having a great time,” he says. “It’s going to be a fun, jam-packed set. We are including a lot of the fun songs on the album, and both of the singles are in there. It will be a good chance to see the fans and just enjoy a good show with Brad Paisley and The Band Perry.”

He is well aware of Paisley’s reputation as a great prankster. “The band and I were talking about pranks yesterday in rehearsals. It has to be good pranks, but know-your-place pranks, so we are figuring out what we’ll have in store for Brad. But he has to get us first. We’ll wait!”

His second single, “The Trouble With Girls,” is about to break into the Top 20. “It’s great to see it doing well,” he says. “Still hearing it on the radio is something else, when you hear your voice coming across the other side of the stereo. It’s a pretty incredible feeling.  I want to say a huge thanks to country radio for their support and for believing in me. I am looking forward to seeing them while on tour.”

Keep up with Scotty by visiting his official website, www.ScottyMcCreery-Official.com.