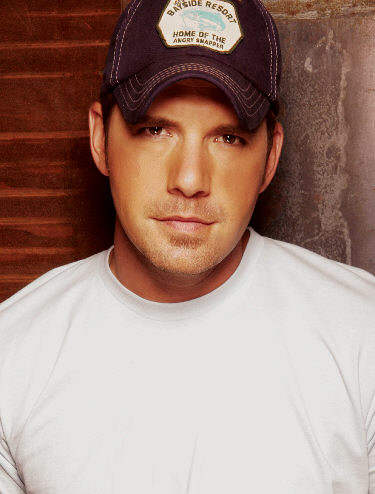 Curb recording artist Rodney Atkins will be making a return appearance to the ABC Jimmy Kimmel Live! stage Wednesday, Jan. 11 at 12:00 a.m. ET/11:00 p.m. CT.  Atkins is set to sing the multi-week No. 1 single and title track of his current album, “Take A Back Road,” in celebration of its RIAA Platinum® Single Certification having surpassed the 1 million mark in digital sales.  In addition, Atkins will end the show with a performance of his brand new single, “He’s Mine.”

“The last time I was on the show, Guillermo [Rodriguez] and I performed a little skit – or I guess song, if you can call it that – honoring our active and former military on Veterans Day,” shares Atkins, “so I’m looking forward to seeing him again as well as performing on the show.”

Atkins begins his year of touring this February with a stop in Verona, NY.  His tour has him stretching the country from upstate New York to south Mississippi and western Oregon, including a USO visit with our troops.
To see when Atkins will be in concert near you, or for additional news, information, images, and more, please visit www.RodneyAtkins.com/tour.html.