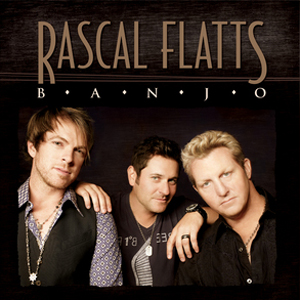 Super group Rascal Flatts and Big Machine Records released a brand new single, titled “Banjo,” to Country Radio yesterday, 1/9, for airplay impact beginning January 17. The song will serve as the first single off the band’s forthcoming album due out this spring.

Fans will get the chance to hear their favorite band live as the guys hit the road this week on their winter tour, “Thaw Out 2012,” which kicks off in Charleston, West Virginia, at the Charleston Civic Center Coliseum with Sara Evans and Hunter Hayes.