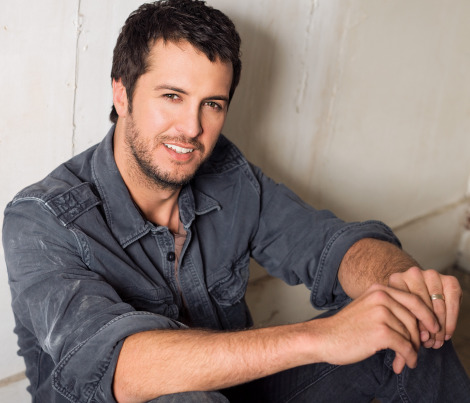 The year 2011 was huge for country star Luke Bryan, and so far, this year is shaping up to be even bigger.  His current single, “I Don’t Want This Night To End” which is currently Top 5 and climbing up the country radio charts, has been certified GOLD by the RIAA.  The single has sold over 128,000 downloads in the past week alone, and was Luke’s highest digital track sales week of his career.  It follows his PLATINUM smash hit, “Country Girl (Shake It For Me),” both from his current GOLD-certified album, tailgates & tanlines.

In 2011, Luke was one of only three artists (along with Lady Antebellum and Taylor Swift) to have multiple singles sell over 100,000 tracks within a week’s time –  “Country Girl (Shake It For Me)” and “I Don’t Want This Night To End.”  His song “Do I,” from his Gold- certified sophomore album, Doin’ My Thing, was also just certified Platinum by the RIAA.

Luke is currently gearing up to hit the road with pal Jason Aldean on the 2012 leg of his My Kinda Party Tour, which kicks of January 20th in Greenville, SC.