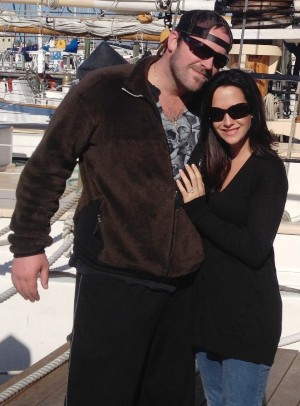 Country Music Star Lee Brice celebrated the New Year by popping the big question to long-time girlfriend, Sara Reeveley, the mother of the couple’s three year-old son, Takoda.  The couple was on vacation in Key West Florida when Brice proposed on January 2, 2012. A date has not yet been set.

Reeveley, 29, an Ohio native, and Brice, 32, originally from South Carolina, have known each other for thirteen years.  The couple’s long-term romance began when they met on a beach in North Carolina. Reeveley was only 18 at the time.

Commenting about the bride to be, Brice said: “I finally get to marry that beautiful girl I met on Myrtle Beach years ago. I can’t wait to get Sara and Takoda to Nashville so we can all be together.”

Brice’s current single, “A Woman Like You,” is climbing the Billboard Country Song chart and is currently at #26.

In 2011, Brice was nominated for three ACM Awards for his Top 5 Billboard country song, “Love Like Crazy,”  (two for “Single of the Year,” and one for “Song of the Year.”)  “Love Like Crazy” was also named Billboard’s Most Played Song of 2010. In addition, in 2011 Brice also co-wrote the Eli Young Band’s breakthrough #1 hit, “Crazy Girl.”